SC13 There's a lot of business-building freedom to be gained by escaping the tyranny of the Wall Street moneymen and turning your company into "the world's largest startup," a Dell exec tells The Reg.

When a company goes through a major transition as Dell has in its recent oh-so-public wrestling match with activist investor Carl Icahn, a battle that ended with founder Michael Dell taking his eponymous computer company private, it's not unheard of for employees to be instructed to put on a happy face to the press and insist that everything is hunky-dory.

Such positive vibes have certainly been what your Reg reporter has been picking up from Dell staffers since Mr Dell's victory late last month. But there's one startling difference between corporate-mandated happy, happy, joy, joy and the way that Dell employees from minions to masters have been acting in the past month. Even to this hardened old hack's finely tuned BS detector, their vim and vigor seems to be – and here comes a word you rarely see in The Reg – sincere.

"We don't have to worry about market share, quarterlies, any of the other things. It's pretty liberating," the executive director of Dell's Emerging Enterprise group, Tim Carroll, told The Reg at last week's SC13 supercomputing conference in Denver, Colorado. "We'll see how this thing goes, but it's given a shot of energy into the whole organization."

The finalization of the privatization, Carroll told us, had a "double-whammy effect" – not only did it free Dell, the company, from Wall Street pressure, but it also freed Dell, the man, from both the pressure of the takeover fight and the silence he had to maintain during the negotiations. 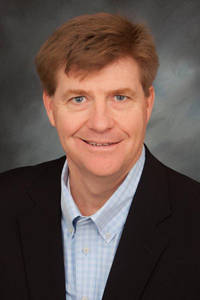 "The whole time that that was going on," Carroll said, "Michael understandably had to keep a very low profile – and not just externally, but internally. He'd be very careful about what to say."

After the deal closed, however, Michael Dell was back "with a vengeance," Carroll said. "The first meeting that he did – there's this one huge cafeteria at Round Rock, it holds several hundred people – he came bounding into the room, and I was like, 'I don't think I've ever seen Michael run'."

Dell's founder had a lot to be jazzed about, from Carroll's point of view, and so do his employees. "Michael talks about the reason for doing the privatization is to be able to take risks, to be able to go do things you know are important, to do all those things that you can't necessarily do with Wall Street watching all the time."

Privatizing the company, Carroll said, not only gets Wall Street off Dell's back, but more importantly allows the company to not only take more risks, but to take those risks more quickly. When a company is public, all decisions need to be data-driven, with such matters as the total addressable market (TAM) carefully calculated, explained, and defended.

Next page: 'You get to play the hunch ... you don't need to spend two months analyzing the market'
Page: