We flew our man Jack Clark into Facebook's desert data tomb. This is what he saw

Pictures In the high desert of Oregon, Facebook will store in a cold low-power digital morgue the photos of you, me, and everyone else on its content farm.

This tomb is not a typical one, but instead a "cold storage" addition to the company's sprawling data center complex in the state's city of Prineville. We first reported on the new facility in February. This autumn Facebook got in touch to see if we wanted to take a trip to a rural part of Oregon for a "special" visit to its facility.

After checking the back of Vulture West's sofa for the requisite funds, we said yes. 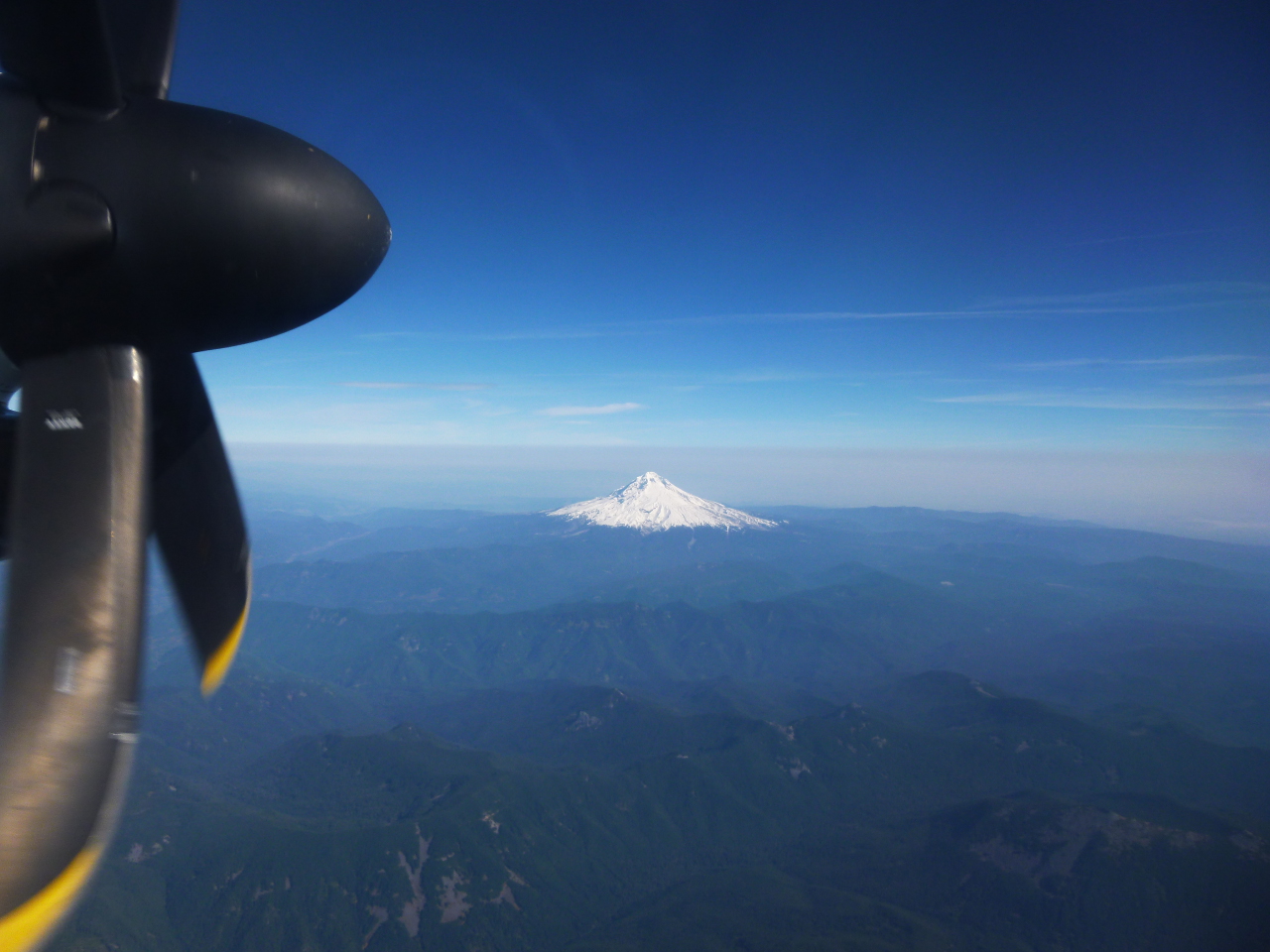 To get to the data center you need to get a plane to Redmond, Oregon, then drive into the high desert for about 30 minutes. It's cold, dry, and empty. The climate brings an inch of rain a year on average, and temperatures lie between the low 20s and mid-80s, in degrees Fahrenheit (-6°C to 27°C). This is ideal weather for free-cooled data centers like Facebook's.

Though Facebook is famed for decorating its offices with graffiti and the pre-school candy-colors that Google is also fond of, there's no getting around the fact that data centers are ugly buildings whose form is intertwined with their function. 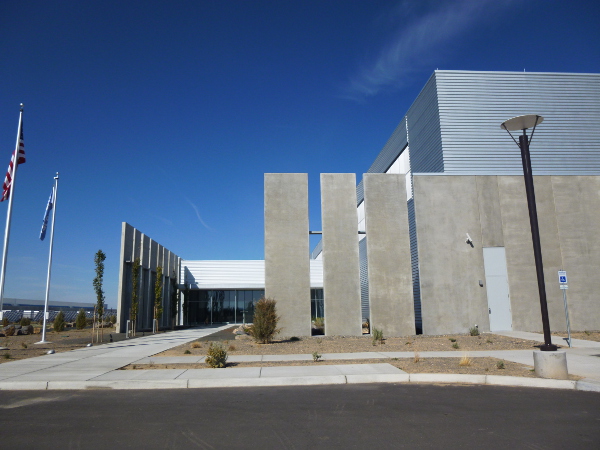 The data center complex has been in continuous construction since 2010, and as of January 2013 almost 3,000 workers have had a hand in the erection of the bit barns.

The buildings bring to mind aluminum smelters, or silvery chocolate bars made for a gigantic, utilitarian god. If you stood any of the structures upright, it would be 81 stories tall. The top section of each center is devoted to a giant free air cooling system that takes in the dry, cool Oregon air, filters it, and uses it to cool the humming servers within. 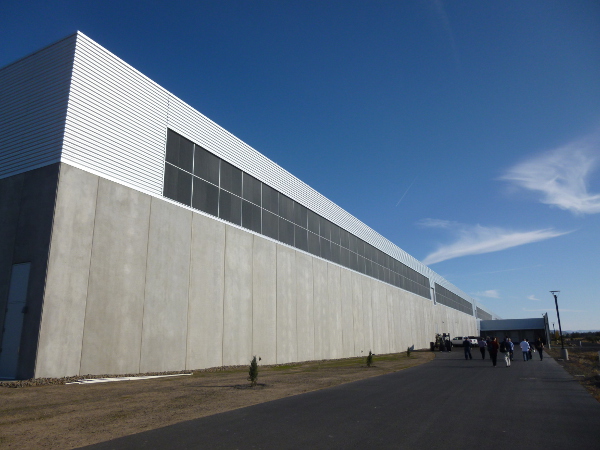 Byte barn ... If you stood Building One on its side, it would be 81 stories tall

Besides operating an advanced free cooling system in tandem with the lean designs espoused by its Open Compute Project, Facebook has also sought to trim its power use elsewhere.

One major approach pioneered by the company is reducing the number of transformations it applies to power. 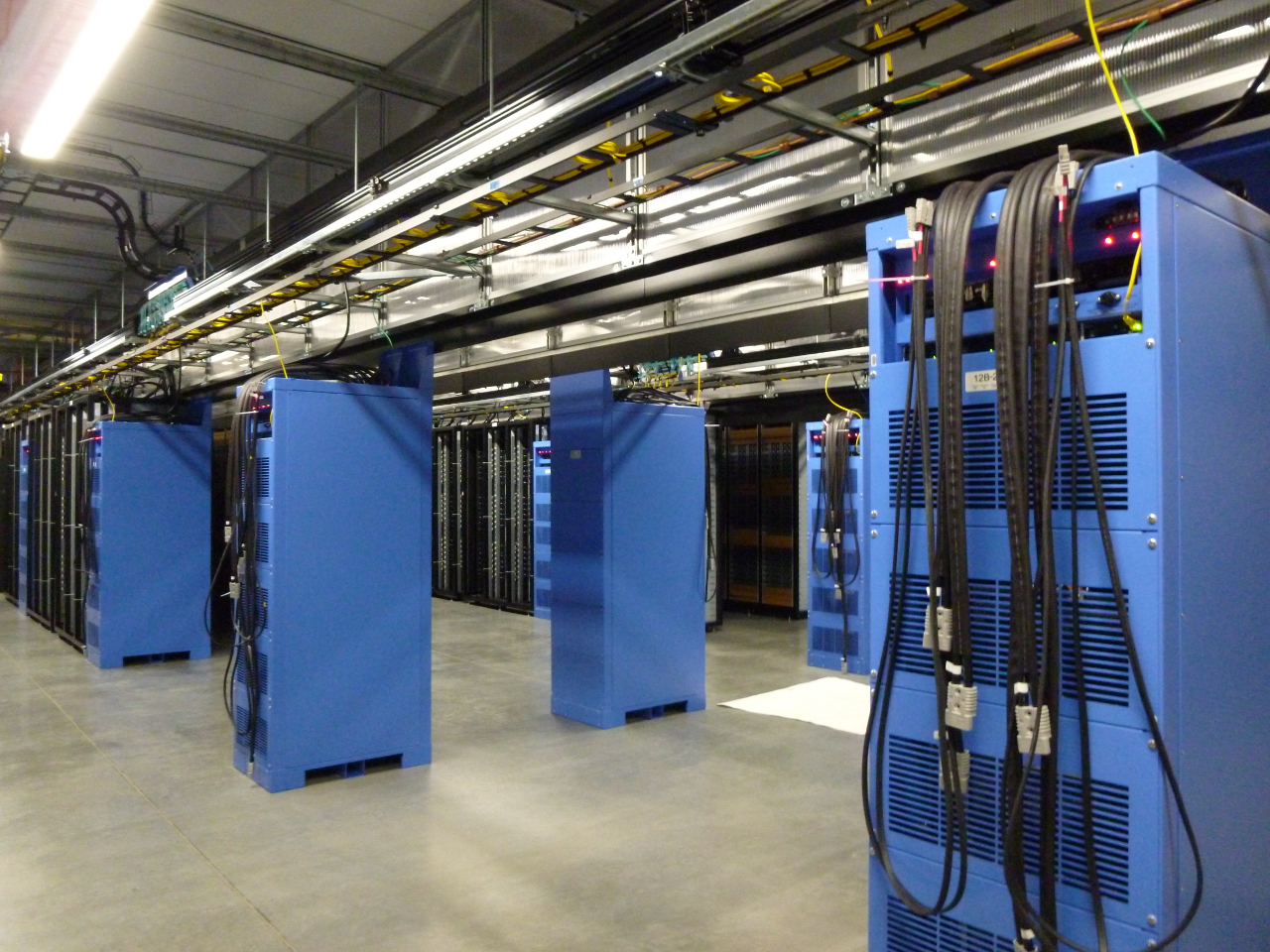 Rather than bringing power in from a transformer at 480/277VAC and feeding it through a few UPS systems then a power distribution unit and then a server power supply, Facebook brings it straight down into the facility into these blue power supply boxes that plug into the "open rack" power backplanes.

This, Facebook says, leads to a 7.5 per cent loss during transmission, versus a 21 to 27 per cent loss in the traditional approach.

Next page: Out googlin' Google with tech specs
Page: