Microsoft pockets a HUGE '$28' on an Xbox One: But NOT REALLY

In your FACE, Sony! That's $10 more (according to new claims) 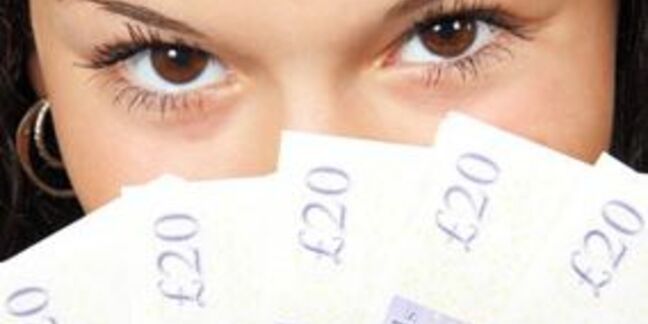 Analysts claim Microsoft's new Xbox One games console will be a loss-leader – each costing Redmond more to produce than the price tag, once you factor in research'n'development.

Technology market watcher IHS tore into the components of the new gaming machine, and – judging by the Xbox One's hardware and manufacturing costs – believes Microsoft is taking a hit on hardware sales in hope of revenues from licensed games and Live subscriptions.

This follows a time-honored tradition in the console market of selling games machines at a loss, simply to get as much gear as possible into homes, and then make back the money on royalties from third-party developers. It's claimed Sony makes "about $18" on each $400 PlayStation 4, for example.

The IHS estimates that each Xbox One console carries a hardware cost of $457 per unit and an additional manufacturing cost of $14, making the device a $471 machine to produce wholesale. An Xbox One costs $499 in the shops, so that's a $28 difference. (But then the retailer will want a cut, and there are other overheads to consider, so Microsoft's mileage may vary.)

Among the most expensive hardware bits in the Xbox One is the AMD processor at its core. The system-on-a-chip package includes the Xbox One's GPU and CPU, and we're told it costs $110 per unit.

Other price factors include $75 for the Kinect hardware, $60 for DRAM and $37 for the Xbox One's internal hard drive.

When additional costs from the research and development of the console are factored in, analysts believe that Microsoft will in fact be taking a slight loss overall on the sales of the Xbox console itself.

"For both Microsoft and Sony, their latest-generation video game console hardware is unprofitable at the time of release, requiring the companies to subsidize it initially," said IHS senior principal analyst Steve Mather.

"However, these companies easily can largely compensate for their losses though sales of highly lucrative game titles. Meanwhile, as the cost to produce the consoles decreases according to the normal learning-curve dynamics in the electronics industry, the companies can cut their retail pricing — or pad their profits."

The Xbox approach differs from that of other Microsoft hardware lines, such as the Windows 8 Surface tablet lines. Microsoft enjoys a healthy markup on its fondleslabs, which thus far have carried less pressure on vendors to minimize hardware costs.

As Mather noted, however, Microsoft may hope that the cost of keeping the Xbox One cheap will pay dividends for other, more lucrative hardware lines down the road.

"The Xbox One is designed to serve as a beachhead in the home for Microsoft, with the console’s capability to interact with—and interface to—other devices, such as televisions, set-top boxes, smartphones and tablets," Mather said.

"Gaining such a strategic advantage in the battle to control the connected home and Internet-enabled living room is well worth having the Xbox One act as a loss leader for Microsoft." ®

Video Speculation builds over root cause of 'Connectiongate'