The “Ecat” is a controversial product: although it's been claimed to deliver more output power than input power in “black box” experiments, the mechanism by which the “low energy nuclear fusion” reaction happens is treated with scepticism by physicists. The Ecat purportedly attaches hydrogen atoms to nickel, according to its inventor Andrea Rossi, with energy and copper as the outputs.

Scientific scepticism runs so deep that Australian philanthropist Dick Smith has a standing offer of $AU200,000 to anyone who can prove that the Ecat works – and now, if you have a cool $US1.5 million lying around, customers might get the chance to give an Ecat a spin.

The company says it's for a 1.5 MW plant which will be delivered in a container. The 1.5 MW system, the company says, consists of 106 individual Ecat units.

“Each reactor contains three cores and consumes small amounts of treated Nickel powder and Hydrogen gas (under pressure, approx. 15 bar). The plant is recharged by specially trained and certified personnel,” the company writes. 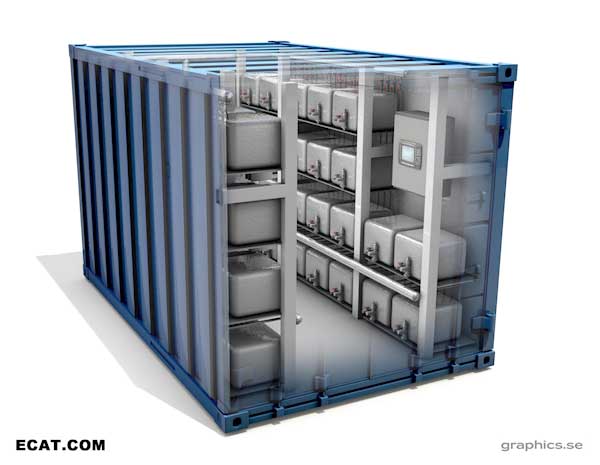 Park this next to your containerised data centre? ECAT now taking pre-orders

Whether the world's sceptics – even with $US1.5 million handy – would actually get a chance to see behind the Ecat curtain is another matter. It would depend on whether they qualify as customers: “Orders are accepted from all over the world and require a routine due-diligence process. Customers must comply with several criteria set by Leonardo Corporation in order to qualify for a purchase of a ECAT 1MW plant,” the company states. ®