Boffin puts quadaracopters in harness for YOUR holiday snaps

It's easy to get panoramic images from an ordinary still camera, but over on Arxiv, there's a paper that takes panoramas a step further: using cheap video cameras and tiny quad-copters to put together panoramic photos from an aerial perspective.

Put together by Beckman Institute computer systems analyst Camille Goudeseune, this paper outlines the hardware, techniques and software to create the aerial panoramas with just a bit of copter-jiggling.

The kit consists of a pair of toy quadcopters sharing a remote control, each of which is equipped with a “keychain camera” that saves video as JPEG.

With the camera in flight, Goudesune writes, a simple yaw manoeuvre is sufficient (with practise) to deliver up a stream which, when extracted to individual frames (using the ffmpeg tool), yields frames that can be stitched together into the desired panorama. 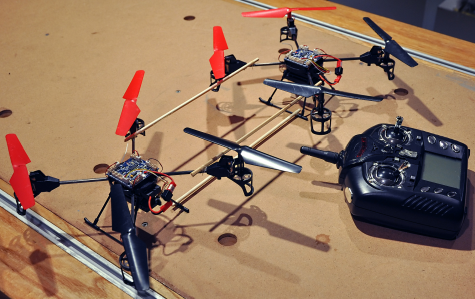 After capture, the rest of the work involves choosing the right frames: getting rid of duplicates with a tool like fdupes, applying tools like VirtualDub with Deshaker to help get rid of “rolling shutter” effects, and getting rid of JPEG compression blockiness with Goudesune's own UnBlock.

The final stitching together is done using programs like AutoStitch or Image Composite Editor to create a panorama like this: 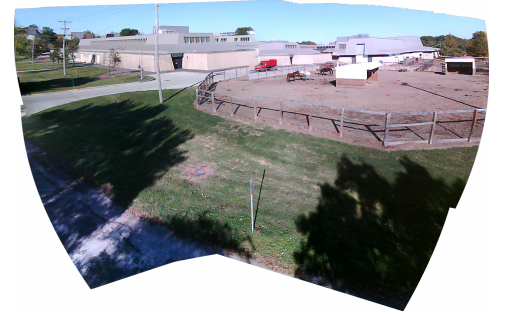 Goudeseune adds that a single camera can capture stereoscopic effects, merely by doing the right dance with the copter. And you thought Arxiv was just for boffins. ®