Last 7m non-digital Brits are OUT OF LUCK: I'm OFF, says Baroness Fox

My work here is done! That other work is not my work

Gasps were heard in places as far from Westminster as London's Brewer Street as news spread that the government's DIGITAL CHAMPION has quit her role.

The job may not be finished - given that a staggering 7 million citizens made up mainly of elderly, disabled and unemployed folk have never been online - but dot-com decamillionaire Martha Lane Fox, the recently ennobled Baroness of Soho, is moving on having reigned over the rebranding of Directgov.

Prime Minister David Cameron gushed that MLF's efforts were nothing short of a "revolution".

"Your work has helped establish a digital culture at the heart of government. That culture, in turn, is transforming how government works and stimulating a new digital economy, improving millions of lives every day," The PM said in a personal letter to Comrade Lane Fox.

"I am particularly grateful for your work to help bring world-class talent into the Civil Service by kickstarting the foundation of the Government Digital Service. The impact they have had in just two years is testament to the vision you fought for."

At present, one of Britain's youngest ever peers has seen her "vision" remain stubbornly stuck at the design stage - which might please the art establishment, but doesn't a transaction-heavy government website make.

Directgov has been rebranded into prime online real estate by going all minimalistic with the arrival of GOV UK.

It remains painfully incomplete, however. Need evidence? One need only look at the system used to renew a vehicle's tax disc.

Lane Fox told the PM in her resignation letter that she would continue to try to convince more people to shift to the online world through her charity.

"As chair of Go ON UK I will focus my efforts on the vital issue of building digital skills. Go ON UK will of course continue to work closely with the newly created digital inclusion team in GDS [Government Digital Service], and I will continue to be a critical friend from the House of Lords," she said.

"Thank you for giving me the opportunity to do this very rewarding role – I have loved it." 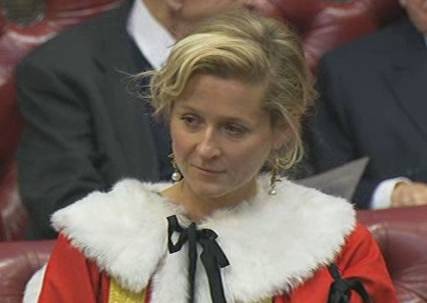 But in the three years since Lane Fox became Cameron's digital champion, official figures recently showed that 7 million people have remained part of the digital divide in Blighty.

And the typical make up of those taxpayers remains depressingly familiar: many are on benefits and they will soon be herded into claiming money online, even as the GDS's ID programme remains missing in action for inclusion in the widely discredited, crashingly expensive Universal Credit system.

Well done, Martha. We salute you! ®