NSFW Going to a sex shop in itself can be embarrassing at the best of times, but when I knew that I was going to ask about dodgy video tapes from dubious sources, it got a whole lot worse.

"I'm looking for some more interesting kinky stuff, know where I can get any?" 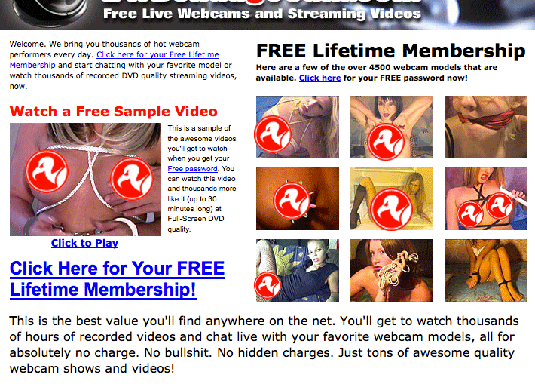 Live-streaming camera sites, some of them fairly (ahem) "niche", can quickly and directly charge the viewer for a "personalised" experience.

Signing up to promote sites, I usually got a choice of PPS or revenue share. If I found a site that visitors loved, I could make more on a revenue share agreement where I would take a percentage of the monthly take from the signups. A good site could be a goldmine.

The good times couldn't last for ever. Consumers grew wise; the free pass stuff started to look a little dated and wasn't the best value from a punter perspective. People made do with short, grainy video clips and although sites started to evolve, becoming more fan based (and niche based) downloading was still slow...

Next page: It's all about the traffic, dude
Page:
Corrections Send us news
47 Comments