“John Miller was very nearly a genius but above all he was a damned good chap: I don’t think there was an ounce of badness in him,” wrote ETI Editor Halvor Moorshead. “I will miss him but our hobby will miss him as well.”

Had he lived, it’s entirely possible Miller-Kirkpatrick would have beaten Clive Sinclair to get the first low-cost cased computer to market. That was clearly the logical next step for the Scrumpi series: make a more capable, more compact cased machine. It would likely be based on a more powerful processor than the limited Scamp: Zilog’s Z80 perhaps or Mostek’s 6502, but more probably Motorola’s 6800. Whatever the specification, it would have been priced well below £200. 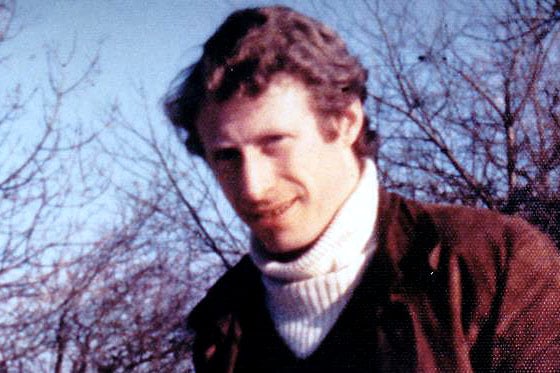 One-time Register writer and veteran British technology journalist Martin Banks thinks so. "Today, the Scrumpi would be laughed at for masquerading as a computer," he once wrote in his PCW column, Banks’ Statement, "but with some better backing and some reasonable financial support, Miller-Kirkpatrick could have beaten Clive Sinclair at his own game."

Miller-Kirkpatrick was clearly thinking about low-cost complete computer systems in the two years before his death. “Another main application of MPUs is in the area of small, low cost computers for use in business applications and in the growing Personal Computer market,” he wrote in a 1978 business plan.

“We see one product which is able to cover both markets without restricting the possible applications because of price, the product would be based on a proven ready built main processor with such options as printers, random-access disk-based memory systems, magnetic tape systems and a programming language which allows the user to write simple programs or to make use of the various ‘package’ programs available.”

More than three years before the BBC Micro, Miller-Kirkpatrick was planning to investigate the use of the Teletext system as a cheap way of adding colour graphics and text to “a ready built microcomputer system for home or business applications”. It would by definition be compatible with the broadcast Teletext and the Post Office’s Prestel system too.

But John’s death ensured these concepts would be for other people to re-formulate and develop. In the year after Miller-Kirkpatrick died, Nasco launched the Nascom 2, though it would take many months to get it into the hands of buyers. As it began to arrive, Tangerine began selling the Microtan 65.

Science of Cambridge would continue to offer the MK14 kit during 1979, but with Chris Curry gone - the Acorn Microcomputer debuted in January 1979 - Clive Sinclair told his long-term technical collaborator, Jim Westwood, to develop a new, cased computer.

The ZX80 débuted early the following year. Six months later, Nasco went into receivership. It would survive for some years, initially in administration, later as a Lucas subsidiary, but its place at the peak of the UK home computer business had been wrested from it by Sinclair Research, which was soon joined by Acorn after it launched the Atom home machine in May 1980.

Proton followed Atom and became the BBC Micro; Sinclair shipped first the ZX81 and then the Spectrum. In all the furore surrounding the UK home computer boom, the 1970s pioneers were largely forgotten. But without their ground-breaking start, the market might have developed very differently.

Britain found itself at the forefront of a new industrial revolution. And if the first industrial revolution is remembered more for the industrialisation that took place in the 18th and 19th centuries rather than the 17th century breakthrough which triggered it - discovering how to cast iron - so the first board microcomputers were the trigger for the 1980s IT boom. 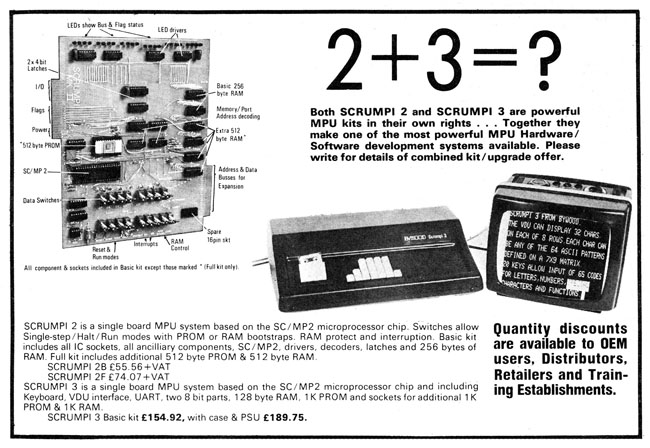 Expanding the range in 1978

The Scrumpi was feeble even by the standards of the machines that very quickly followed it. So was the MK14 and others of the Scrumpi’s ilk. But, crucially, Miller-Kirkpatrick’s machine gave many of the tech enthusiasts who would soon join the exploding number of home computer companies and the software firms that orbited around them, not to mention the rapidly growing world of business computing, their first taste of microprocessors and microcomputing.

“John Miller-Kirkpatrick and his Scrumpi computer have a place in the history of the personal computer business,” wrote Martin Banks in 1983. “Many of the people presently working in the industry got their early experience on such a machine.” ®

I would especially like to thank Kirsten and Ashleigh Miller-Kirkpatrick for their invaluable help with the research of this feature and for giving me access to family documents.