Why do we keep old useless useable tech?

Cache in the Attic It's probably fair to say that we all have some old tech squirrelled away that we just can't bear to part with. It's not just sentimentality either, but practicality: it still works, why chuck it out? Here at Vulture Central we've our own collection of junk tech memorabilia that would make us a tad dewy-eyed if it should depart for the great landfill in the sky. Tony Smith dusts off the Welsh home micro that was briefly a better-seller than the BBC Micro

The years have not been kind to the Dragon 32 - and lord knows it had a tough enough time in the mid-1980s.

Mine, bought in November 1982, spent the latter part of its first decade stashed away in the bottom of my wardrobe while I was off at university and then away at work. Likewise the early part of the 1990s, until my much younger half-sisters got their mitts on it in the hope it might make a worthy NES alternative. It wasn’t, and so back in the cupboard it went, until toward the end of the 1990s, in a moment of nostalgia, I reclaimed it from my dad’s place. 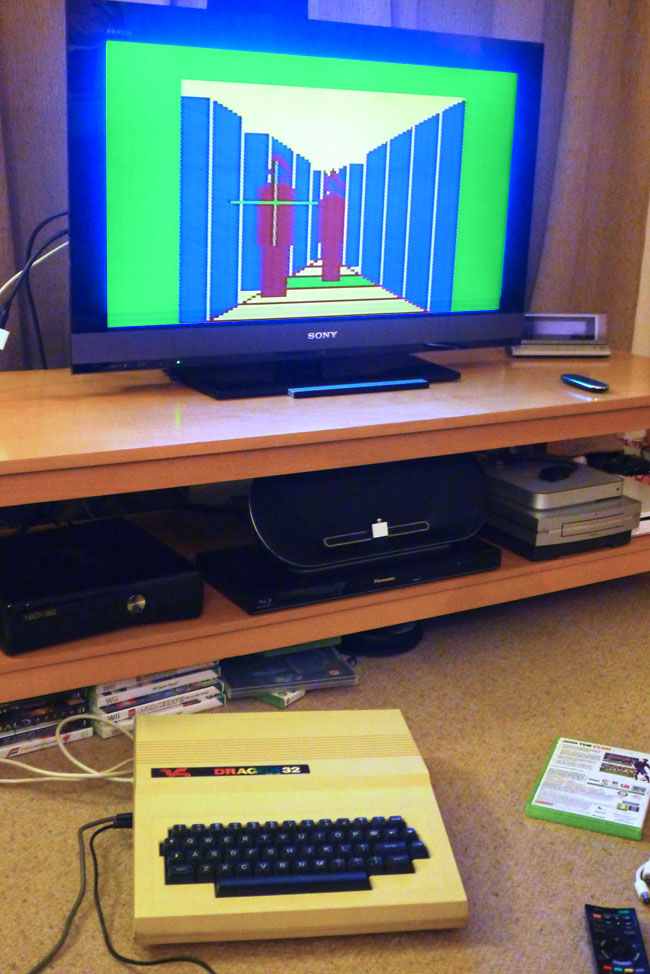 It lives, professor, it lives!

It’s been stowed in wardrobes and under beds at the various places I’ve called home since then, occasionally being pulled out to demonstrate its ability to boot up, load tapes and play games to unbelieving adults and to kids wondering what they had instead of Xboxes in the Middle Ages.

That’s not all. The arrival of Channel 5 in the old analogue TV band 36 meant that, from 1997, the Dragon’s video output signal had to elbow its way past the likes of Beyond Fear and Family Affairs. It never occurred to the old man to get the Dragon retuned when the engineer from Channel 5 popped round to move his VCR’s output away from the new TV station.

Not that it would have mattered much. Today, even with no competition from analogue transmissions, the Dragon’s output isn’t to the liking of a modern, digital telly. It’s a problem by no means unique to my machine. Poor quality output is a common failing raised by sellers of 1980s 8-bit micros, all of which primarily used an UHF signal modulator to get their picture onto a CRT TV via a coax cable hooked up to the telly’s aerial socket.

These boys were never designed for a world of digital flat panels, especially those without a handy analogue manual fine-tune facility. 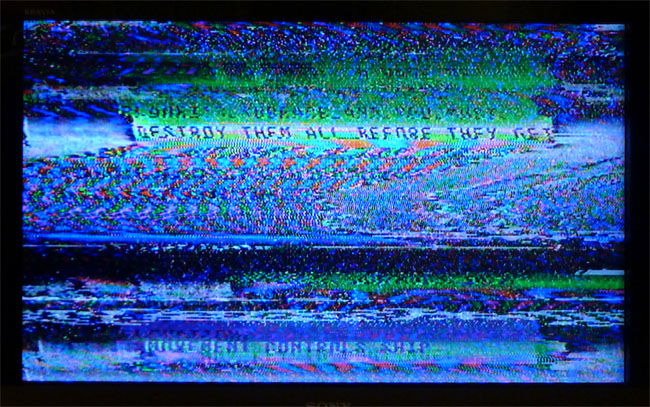 Analogue signalling isn't what it was

Nor was your average cassette tape expected to keep its contents intact for 30 or more years. Surprisingly, some programs do still load, even today, which is more than you can say for the laptop-played WAV files I just tried too. Volume adjustments, messing with the cable - nothing could prevent the inevitable ?IO Errors. I suspect the tape lead is not what it once was. How long before its plastic perishes altogether?

Computer years are clearly more akin to those clocked up by dogs and cats than by people. Yes, the Dragon works, but I’ve a sense of it slipping into a frail dotage. And, let’s be honest, four-colour, 192 x 128, or two-colour, 256 x 192 games aren’t exactly the pinacle of graphical sophistication, even for 1982. Arcade-type titles have a certain retro charm, of course, by retrying the text adventures I coded back in the day reveals just how far personal computing has come since then.

It’s harder now, of course - building GUIs and allocating memory were tasks we never needer to worry about in the Basic days, or even when we moved up to assembler - but richer. That said, it’s not as interactive. Even with a Raspberry Pi, oft pitched as the true successor to the early 1980s 8-bit micros, doesn’t let you key programs straight into the command line, at least not in quite the same, direct way. 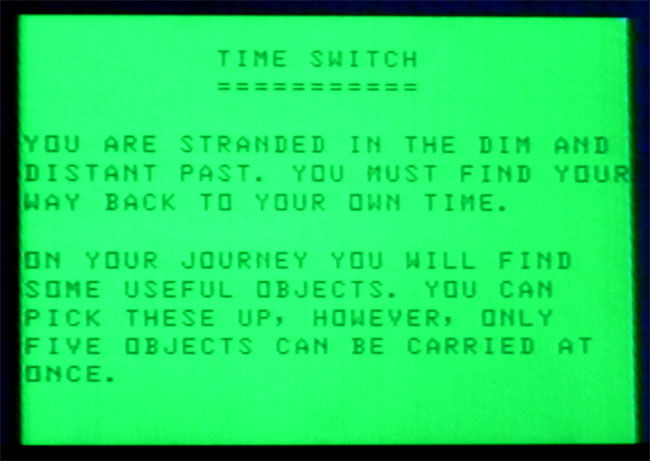 The age of innocence

Still, for all its aged fragility and anachronistic lack of sophistication, I’ll take the Dragon with me when I next move house, even though I’ve long since cleared out all my other childhood and teenage crap. It played too important a part in my formative years. I might have done better in my exams without its distractions. I certainly wouldn’t be doing what I’m doing today without it. And maybe, yes, it’s my one remaining, sentimental tie with a lost youth.

Enough of this mawkish nostalgia. Mine’s the one with the Alldream manual in the pocket. ®