Storage upstart ProphetStor's not just in Cali either

The ex-falcons hoping to fly again are Eric Chen, ProphetStor's founder and CEO – previously FalconStor's VP and general manager for its Asia-Pacific operations – and Peter Liu, the professional services VP, who had the same rank and position at the troubled FalconStor.

Steve Tan is the engineering VP, with software engineers in the USA, Taiwan and China, and he has experience at Cloudena, CipherMax (formerly Maxxan Systems), Maxtor and Nishan Systems. The VP for corporate development is Frank Lai.

ProphetStor Data Services Inc was started up in Milpitas last year and, surprisingly for a Silicon Valley startup, has offices in Taiwan and other Asia-Pacific locations, due to Peter Liu's influence we think. The Federator product is targeted at cloud service providers and big data applications needing lots of storage.

Federator runs on Ubuntu; other Linux distributions will be supported later. It's managed through OpenStack's Horizon or the REST API, and the company says it provides enterprise-class resiliency and hyper-scalability - bold claims.

ProphetStor claims Federator "works agnostically with storage systems, regardless of type, model, or speed." It provides: 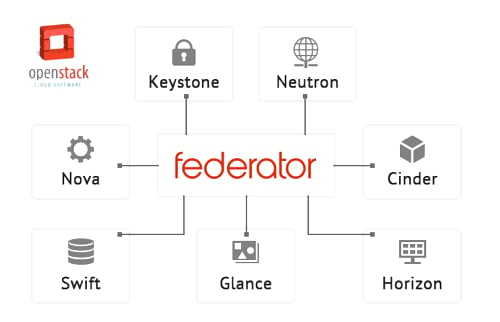 It's early days yet and the lack of things like thin-provisioning, deduplication and any mention of flash, are probably due to the huge scope of modern-day storage technologies having to be cut down for version one software.

OpenStack and its cloud computing toolkit has gained a lot of support but Gartner has criticised OpenStack for not being enterprise-class.

You can get a Federator demo here, as well as signing up for a trial or buying the software. ®