Best budget Android smartphone there is? Must be the Moto G

Review Regular readers of my phone reviews for El Reg will be well aware that I like cheap devices.

On these very pages I have sung the praises of handsets such as Huawei’s Ascend G310 and ZTE’s Skate – aka the Orange Monte Carlo – after being impressed by the quality they offered for the money demanded. 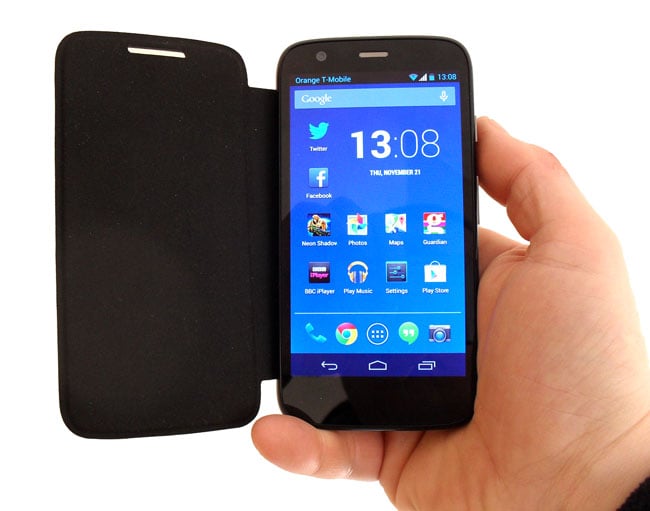 Granted they didn’t render the same polished user experience or the same advanced features as their more expensive stablemates, but they catered to a market that couldn’t afford the prices, often higher by a factor of three or four, commanded by the likes of the latest iPhone or Samsung Galaxy S.

With the new Moto G, Google-owned Motorola is touting a handset that will massively increase Android’s grip on the budget market, offering for peanuts a device that gives nothing substantive away to smartphones costing three times as much.

The G crushes the Windows Phone 8 competition and shows Apple bosses to be as greedy as I’ve always suspected. 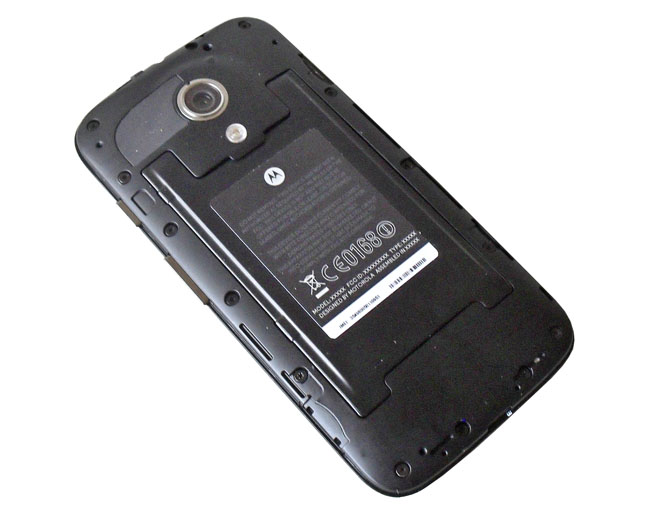 The back comes off, but you can’t readily swap out the battery

To get a brief idea of what you get for your 27 fivers or 179 dollar bills, let’s quickly compare the Moto G to the similarly priced Nokia Lumia 520. Motorola gives you a 4.5-inch, 1280 x 720 display; Nokia a 4.0-inch, 800 x 400 affair. Both screens are scratch-resistant but the Motorola uses genuine Corning Gorilla Glass 3. Both have a 5MP camera but only Motorola gives you a webcam, a decent little 1.3MP affair, for these selfie-obsessed times.

Poke about inside the Moto G and you will find a 1.2GHz quad-core chip to compare to the Nokia’s dual-core 1GHz component. Yes, WinPho is lighter on its feet than Android but with only 512MB of RAM lots of games are out of the 520’s reach and do you want to bet the 520 will get the next WP update, whatever and whenever that is? Motorola has already said the G will get a bump from Jelly Bean 4.3 to KitKat 4.4 in January 2014. 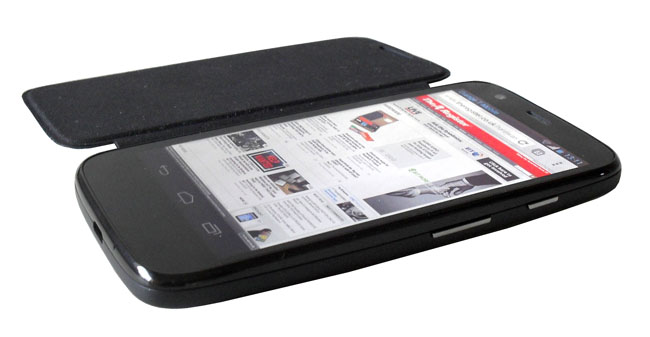 The power and volume keys are well placed

I’ll admit that Qualcomm's Snapdragon 400 chipset is not top of the tree in terms of performance. Its processor uses Cortex-A7 rather than the Cortex-A15 cores found in Krait CPUs. And you only get 1GB of RAM rather than 2. But it still returns AnTuTu benchmark scores in the region of 17,000 – which is much the same as the Nexus 4. Both the Lumia 520 and the G use the same Adreno 305 GPU.

Where the Nokia hits a home run is with its Micro SD card slot. Like the iPhone 5C, the Moto G lacks storage expansion so you are stuck with either 8GB or 16GB – around 5.5GB and 13.5GB, respectively, after the system has had its share. 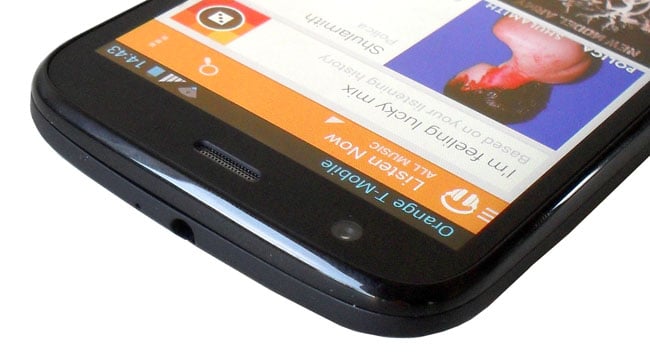 The 3.5mm jack and the top of the fascia

At this point iPhone or Lumia owners will no doubt chirp that the 5C and 520 are really well-made devices. And they are, though at the price, the 5C should be.