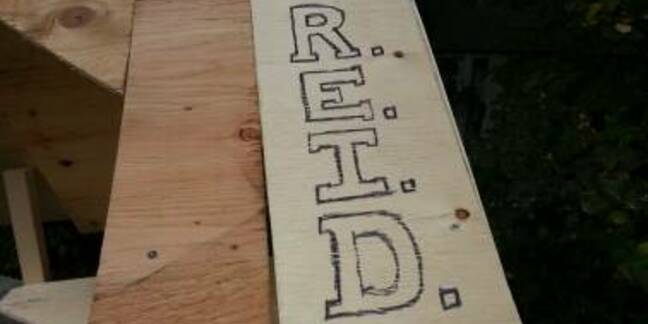 Hardware Test Hardware reviews are typically boring, tedious affairs with a fairly predictable outcome: someone sends you a minor iteration of a product and you verify that it behaves as expected. Every now and again, however, someone makes a claim so outrageous that you simply must test whether or not it's true. Such is the case with the ioSafe 214 (nee ioSafe N2).

As discussed in our teaser article, ioSafe claims that the 214 is both fireproof and waterproof. It's designed to withstand a building burning down around it and then being extinguished by firefighters. That falls into the realm of "outrageous claims" for me, so we asked if they'd send us one so we could set it on fire.

They sent it, we burned it, and there's a video to prove it. This, ladies and gentlemen, is apparently what your Canadian Vulture crew now do for a living.

There are days you just have to love this job.

From a technical standpoint the NAS works reasonably well. The unit takes two disks in RAID 1. It holds up well to sustained usage and doesn't seem to have any real downsides regarding speed, capability or so forth. It runs the Synology DSM for an operating system and performs like a Synology 214se.

It's not bad, speed-wise, but nothing to write home about. Ultimately, it can only go as fast the spinning rust you put into it, and SATA drives aren't exactly speed demons. Speed, however, isn't why you'd buy one.

ioSafe are marketing the 214 as "Disaster Recovery (DR) for the private cloud". While a 2-disk RAID makes this a laughable suggestion at enterprise scale, SMBs and even the commercial midmarket should sit up and take notice: ioSafe's claims near indestructibility are true.

Your writers and their gang of merciless techbreakers tested this by building a Replica Environment Immolation Device (REID). The purpose of our lovingly crafted NAS hovel was to get the temperature around the ioSafe as high as possible while simulating what would actually happen in real fire; burning from the bottom, the sides, debris on top, what-have you.

We set the unit on fire while it was running. We were streaming video off the thing while writing files to it. The fan on the back of the unit evaporated as we watched. The unit was actively on fire and certainly experiencing a lot of heat.

We watched as the power supply was consumed in flames, the unit went dead and the electrical system shorted out. The system went dead. The REID collapsed on top of it. Our techbreakers shoveled more and more of REID's flaming debris on top of the 214 while the unit sank deeper into the bed of coals we'd previously prepared.

And yes, we thrust our wieners into the fiery REID. For scientific purposes, of course.

By our calculations – and thanks to a decent breeze during the burn supplying a little extra oxygen – we got the fire over 700 °C (1300 Fahrenheit). The average burning building is only supposed to get to about 1200 Fahrenheit (648 °C) while ioSafe claims the unit can withstand 1500 Fahrenheit (815 °C). We burned the unit for 25 minutes at this temperature.

We smothered the flames with chemical suppressants and then poured water on it for the next 20 minutes, aiming to cool the unit down to the ambient below-freezing temperatures as quickly as possible. Rapid temperature changes are generally bad for most things, so we figured we'd do our best to honour REID's sacrifice and be as terrible as possible to the 214's charred remains.

The end result? The drives came out looking – and working – like new. Plug the drives into a new 214 and the thing just works. Take the disks out and plug them into a random Synology Diskstation and a few clicks later you're up and running.

The disks even passed all manufacturer diagnostics and appear to be ready for continued long-term use.

How will you back up your data? After testing to destruction, your writers are sold: we're now putting our faith in the ioSafe 214. If there are any other contenders out there, we'll be happy to get out a bag of marshmallows and set your equipment on fire too. ®