What is thy bidding? Han Solo’s shooter goes under the hammer

Yours for at least $200,000, says auctioneer of iconic sci-fi weapon

Assuming you don’t put your faith in ancient weapons and hokey religions, your only option is to pack a good blaster at your side - and what better blaster than Han Solo’s very own DL-44?

And now it could be yours, if you have at least $300,000 to spend. Yes, the 275mm long prop used by Harrison Ford and, it’s claimed, Mark Hamill in The Empire Strikes Back, is up for grabs online. 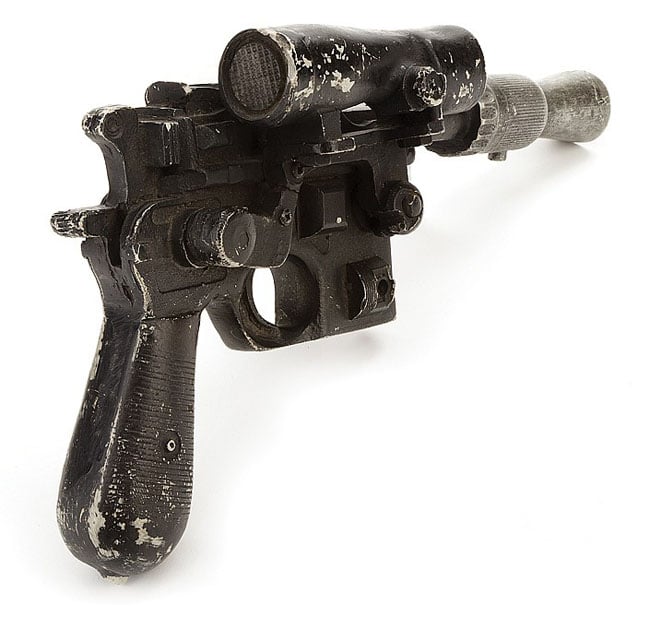 Ford used it in Return of the Jedi too: it seems Lucasfilm’s props people kept the one used in Empire for future use. In both films, this non-firing model was used for long shots - close-up work required the presence of a second prop that was able to trigger a muzzle flash.

Alas the well-worn gun on sale isn’t original DL-44 prop put to good use beating Green Greedo to the draw in Star Wars, though it was formed from a cast made of the first weapon and as such, says auctioneer Invaluable, has the same serial number. The first DL-44 was build out of an old Mauser C96.

“To our knowledge this is the only known example of this type of blaster in private hands,” said Invaluable’s catalogue entry, which adds that the shooter is “accompanied by a letter of authenticity from a noted Star Wars collector”.

Bids will kick off at $200,000 when the prop goes under the hammer on 21 December, but a forecast peak price of $300,000 seems conservative given the gun’s provenance. 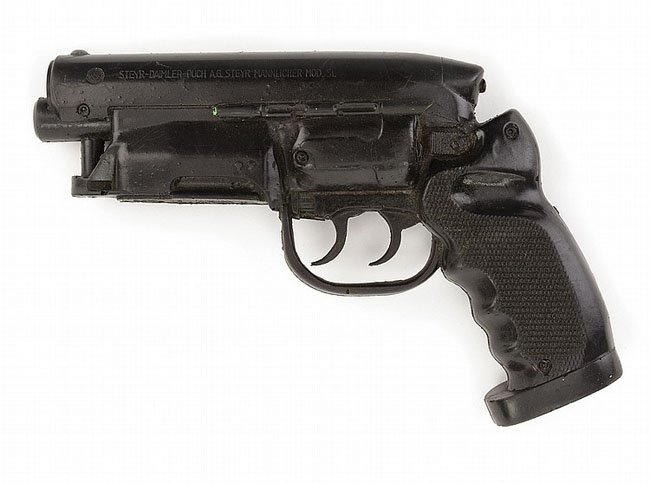 Got an itch you can’t scratch?
Source: Profiles in History

If you want something cheaper, seller Profiles in History is also offering the Harrison Ford-wielded two-trigger blaster from Blade Runner, but this one has a reserve of just $6,000. ®