On the matter of shooting down Amazon delivery drones with shotguns

It won't be there. But if it was, no, you couldn't shoot it down 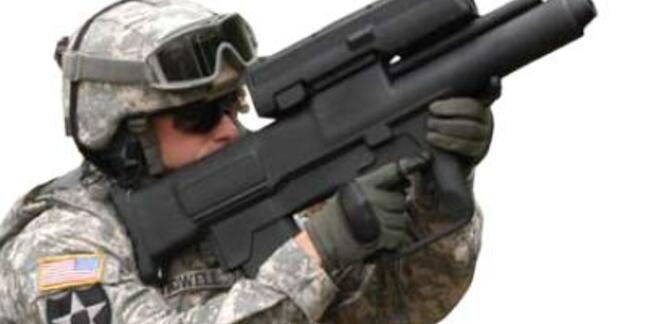 So no, there will not be an electric quadcopter delivery drone delivering your Cyber Monday packages in 2015: nor even in 2025, most likely, as even Jeff Bezos more or less openly admits if you look at what he actually said.

Yes, there are homes to be found - more of them perhaps in United States than in other places - where electric quadcopters of today could make a safe delivery. All you need is a largish bit of accessible open space that is your own property, airspace above in which the drone is allowed to fly, and some kind of infrastructure to boost the aircraft's GPS accuracy to the sub-metre range. This could be a beacon of your own, or a differential-GPS station quite far away, various other things.

Even in the US, though, not that many people live in homes with acceptably large bits of private land attached or convenient, large, flat roofs etc. Even fewer live under airspace that might be open for unmanned traffic any time soon.

And the real killer is that while some American homes do exist where a quadcopter either could deliver now - or anyway might be allowed to at some point relatively soon - very, very few such homes now lie within effective electric-quadcopter range of any sort of distribution warehouse, Amazon or not. Not many such homes can actually fit into the circle that such aircraft can reach from a given point, even if a warehouse was there - which it will not be, by definition, because not many people are living nearby.

So, no, not happening soon even if you do have a large garden, driveway, forecourt etc and happen to live somewhere remote enough that the airspace above is or might be unrestricted.

But there is one thing that Mr Bezos and his putative drone fleet don't need to worry about. That's irate gun owners beneath their flight path shooting the aircraft out of the sky.

These days it's standard: some drone story or other goes large - police, Feds, Amazon, whatever. The next day in gun-heavy states, the local reporters look up some reliable gun firebrand, who reliably states that the first time he sees a damn drone above his property, out will come his trusty duck gun and blam - no more drone.

Except that's no more credible than the sky-fulla-drones idea in the first place.

Our man with the shotgun is not much up on drones, of course, and the reporter is not much up on guns or probably drones either. But if either knew a few basic facts about both, he would see that trying to shoot down drones with any weapon a normal American might have about the house is a non-starter.

Our shotgun-owning American is fairly likely to be a duck or other wildfowl hunter, though, so he would admit that hitting and bringing down a flying bird isn't likely much beyond 40 yards slant range using modern steel shot, or much beyond 50 no matter what using any kind of shotgun ammo*.

A quadcopter is on the same rough speed and size scale as a wildfowl, and rather less vulnerable if anything: most can keep flying having lost a rotor disc, while a bird can't keep going having lost one wing.

And, crucially, a quadcopter has no reason whatever not to be flying at least 300 feet above the ground for almost all of its journey, most probably much more: well out of practical shotgun range.

And our gun-fancying US resident would not, of course, claim in public that he could hit fast moving flying targets (other than by fluke) using his rifle - because his mates would laugh at him. Shotguns can knock down birds (or drones, maybe) within 40 yards because they throw a "pattern" or cloud of projectiles some of which may hit the target despite the difficulty of the task. Rifle bullets remain effective over much longer distances, but hitting a small fast-moving faraway target with a single bullet isn't practical and nobody even tries.

In a military context you might hit and cripple something very large, pretty close and relatively slow - like a manned helicopter landing or taking off, maybe - by firing rifle bullets rapidly at it out of a machine gun and adjusting the tracers onto target. Mostly you'd rather have a heat-seeking missile or full-blown antiaircraft cannon even for that sort of job.

Even in the States, a weapon that can shoot full-fat rifle bullets (as opposed to more common and considerably less ballistically potent intermediate-power rounds such as 5.56mm) on full auto - sustainably, without the barrel melting, remember - is not simply obtained. Even in the US, tough-talking fellows who have managed to get hold of such a gun may not have backyards isolated enough that they can safely start loosing off full-power rifle ammo into the sky without upsetting the neighbours and/or Feds, cops etc. The bullets will be coming down miles away.

And of course if you do have such a backyard, drones will not be able to reach it to fly over it anyway.

So, sure. Drone delivery isn't happening. But if it does, nobody is going to be shooting the drones down. ®

Experience has shown that some of our US readers may doubt that any Limey journo wiener could know anything of guns, weaponry, tactics etc. So, for the record, your correspondent's death-tech CV:

Only significant childhood experience firing a Lee Enfield .303 at the age of five and getting knocked flat on my arse (irresponsible but popular uncle involved). Member of the pistol club at university, mostly shooting .22 target weapons but heavier pistols on occasion (a while ago obviously, that).

Eleven year Royal Navy service career, for most of which I had to stay current on the Browning 9mm pistol and 5.56mm SA80 rifle/"Individual Weapon" (for most of that time, the widely reviled L85A1 version rather than the new good A2 from Germany). Commando qualified, and as such also thoroughly familiar with the SA80 L86A1 "Light Support Weapon" (nowadays regarded as a marksman weapon rather than squad-auto, as the L86A2); also handled and fired 7.62mm general-purpose machine gun (FN MAG for non-Brits). Some idea how to use that latter in the sustained fire mode with dial sight.

Other things I have fired but do not know well at all: 30mm Oerlikon cannon, Sig-Sauer 9mm pistol, .45 Colt pistol, H&K MP5 submachinegun.

Also acquainted with many other kinds of weaponry, almost all other kinds in fact, but mostly from the point of view of the Explosive Ordnance Disposal operator rather than the user.

Have also fired 12-bore shotguns on a few occasions and was once even present at a grouse shoot. Can personally testify as to the difficulty of hitting fast-moving flying things, even quite close up.

*Lead shot is normally not allowed any more as it poisons birds and other creatures who eat it. It used to fly a little further than steel shot, being heavier, into the 40+ yard effective range. If you're rich you can buy rounds using heavy tungsten or bismuth alloy non-toxic shot which will still do this, though you still need to be a better bird shot than most people are and you still won't get range significantly past 50 yards.