In the cloud storage gateway game? Prepare to be Amazoned

The Bezos boys are coming 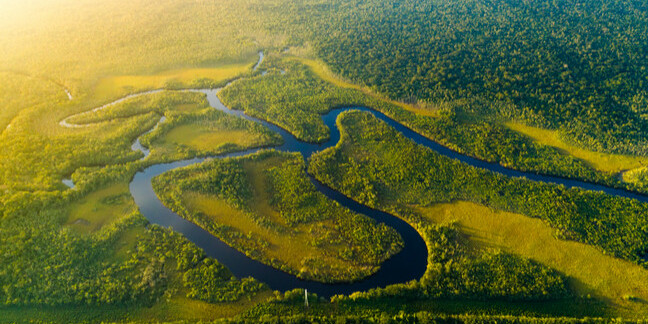 Jeff Bezos’s big biffing business is building its own cloud storage gateway hardware to get data into Amazon's S3, striking fear and loathing into the hearts of existing storage gateway suppliers.

Amazon’s existing Storage Gateway is software-only, and runs in a VM in a customer’s own data centre server and moves data back and forth, using CIFS and NFS, between Amazon’s S3 cloud and the storage arrays in said customer’s data centre.

It supports both VMware and Hyper-V and is a dedicated on/off-ramp to S3 and Glacier. Competing cloud storage gateways from Avere, Nasuni, Panzura, Riverbed, Microsoft’s StorSimple and TwinStrata are on/off-ramps to multiple cloud storage services suppliers and are not locked in to Amazon, or Azure in StorSimple’s case.

Chief AWS evangelist Jeff Barr wrote on the AWS blog: ”You can now configure a Storage Gateway as a Virtual Tape Library (VTL), with up to 10 virtual tape drives per Gateway. Each virtual tape drive responds to the SCSI command set, so your existing on-premises backup applications (either disk-to-tape or disk-to-disk-to-tape) will work without modification.”

The product “is a complete, plug-in replacement for your existing physical tape infrastructure.” As a VM it can also run in the Amazon cloud as an EC2 AMI (Amazon Machine Image).

Completely opposite to this virtual cloud storage gateway in the cloud concept is a physical Storage Gateway appliance. CRN reports that Amazon is testing just such a box with customers.

The hardware comes from some third-party white server box supplier and will be Amazon-branded. What we don’t know could fill a big bucket, and includes:

Actually you can’t order Amazon’s Storage Gateway software on Amazon, only the User Guide and that, of course, is a Kindle ebook. You get the software itself from AWS.

Amazon may have to set up a distribution channel for any hardware gateway appliance separate from its consumer retail fulfilment operation.

Our thinking is that Amazon's approach will be to say to prospects: "Keep your primary and really sensitive data on site and let us hoover the rest, all of it, up to our cloud."

Amazon decided not to comment on the CRN story, citing our old friends rumour and speculation. ®