Opinion So now that Dell the man has spaffed $24bn (with a little help from his friends) on buying back Dell the company, what is Michael D actually going to do with it? And why has he had to take it private in order to do it?

The first thing to point out is that the Michael Dell-led consortium has not really spent $24bn: it's more like $7bn that has been put into the deal. The rest is borrowed money and it's secured on the company itself. Sure, it still has to be repaid, but if it isn't then Dell and Silver Lake (the co-investor) don't have to pay it back. So they've a little less at risk than you might think. There's also $15bn in cash floating around inside Dell the company, so there's a reasonable possibility that the investors can get their equity out with a big dividend and then just be playing with house money.

That's something you definitely couldn't do while remaining a public company, so that's one reason for going private.

Of course, what they're saying is that they're going to move further into services and general customer handholding rather than being just a low margin box-shifter. Just as everyone says that these days: but they do actually have a plan. It's perhaps best described as wanting to be HP or IBM, an "all integrated services" firm, but aimed at the company with perhaps 500 employees rather than 5,000. This could indeed make sense as those SMEs (small and medium enterprises in the unlovely jargon) aren't really great customers for the sort of fees that the very large companies charge. So, someone coming from the PC world and its associated ideas about charges and costs might be able to do well here. 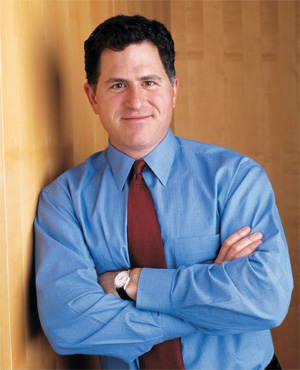 And in a business sense, Dell (both the company and the man) has been making the complaint it is part-way through that pivot to this new business model and the public markets aren't acknowledging it. It's part of the general complaint that stock markets are too short term, only looking to the next quarters results... yadda yadda.

You can indeed think of it that way if it pleases you to do so but I would probably place rather more emphasis on the risk involved. A share price is supposed to be the net discounted value of the future revenue stream: and the net discounted part is going to be higher, the share price lower, if someone is trying to perform a tricky manoeuvre with the company rather than skimming a nice margin off bog standard kit.

So, share prices falling when companies try to reorganise themselves might not be just that short termism being complained about: it could be an entirely rational response to the increased risk.

There is another theoretical possibility here, one that we must put entirely out of our minds given the various public statements. Which is that there's a great deal of money to be made out of running a declining business entirely into the ground. 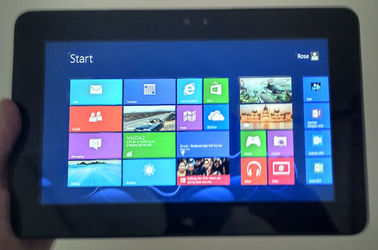 So the PC market is shrinking... we have tablets

The PC market's shrinking by 10 per cent a year at present and so Dell's core business (still 60 per cent of sales I think?) is obviously in secular decline. But that doesn't mean that it has to be unprofitable. As long as you keep cutting costs and overheads faster than revenues decline you can have quite a happy decade or more sweating the last bits out of that disappearing market sector. The problem is that public stock markets don't really like companies that do this. It's one of those areas where markets aren't quite as rational as they are supposed to be. Thus, in order to be able to do this you need to go private.

Pick of the 'pivots'

You can pick whichever explanation you like out of the above. My take on it is that the price demanded was sufficiently low that Dell and Silver Lake make money either way. They manage to pivot into services and value add and bring it back to the market in a few years: or if that doesn't work they sweat the cash out as the entire sector craters.

As to how successful they will be with that pivot to the new strategy I'm really not sure.

For the one unique that Dell had was its mastery of the supply chain. PCs weren't built until they had been bought and paid for. Suppliers delivered components to warehouses at Dell's assembly plants and had to cover the depreciation (some 1 per cent a week in the heyday of the commodity PC business) while waiting for Dell to ask them to be moved into the plant itself. Heck, Dell even built the warehouses that the suppliers had to store the stock in and charged them rent. And they didn't pay for the stock until months after it had gone into that assembly line either.

That was all part and parcel of the Dell value package. To the consumer it was always good quality kit at a slightly lower price than anyone else was charging for that quality. And they did this by running that supply chain with a rod of iron (in much the same manner that Tim Cook's value add at Apple was organising that Asian supply chain).

And I'm rather a believer in companies having a core competence, a culture perhaps, that explains their success. Given that, and given that standard analysis of where Dell excelled, I'm really not sure about how successful it will be with this move over to services.

For the marketing and retailing of services don't particularly depend upon how well you can manage a hardware supply chain.

I'm pretty certain that Michael Dell and Silver Lake will make money out of this whole adventure. I'm reasonably certain that all that debt is going to get paid off. And I'm entirely uncertain as to whether this move over to services is going to work. For I'm not sure that I can see what it is that makes Dell special in services, unlike its well-known ability in hardware. ®