Pics NASA's Cassini spacecraft has delivered some insightful images of a monster storm raging at Saturn's north pole - a six sided-beast 'wider than two Earths' and within which winds reach an umbrella-shredding 350km/h. 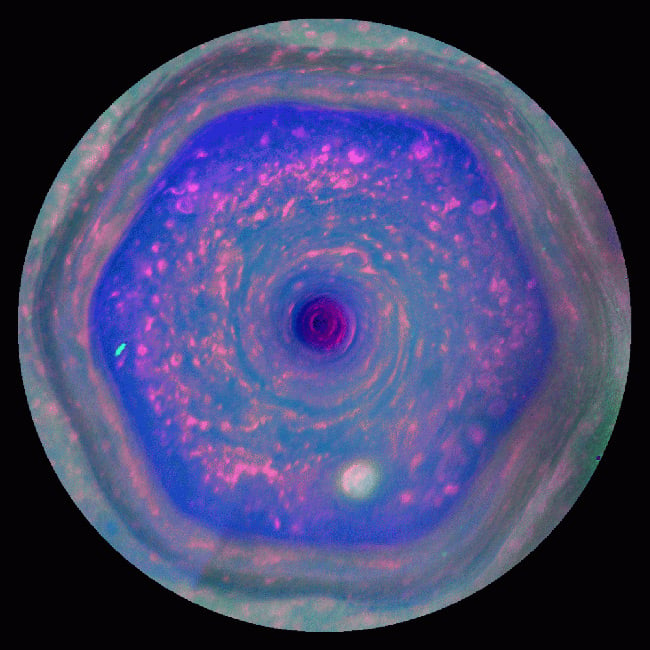 In a series of false-colour snaps (animated version here), Cassini provided "a complete view of the top of Saturn down to about 70 degrees latitude".

NASA explains that the storm "folds into a six-sided shape because the hexagon is a stationary wave that guides the path of the gas in the jet". Cassini imaging team member Andrew Ingersoll said: "The hexagon is just a current of air, and weather features out there that share similarities to this are notoriously turbulent and unstable.

"A hurricane on Earth typically lasts a week, but this has been here for decades - and who knows - maybe centuries."

The hexacane's stability, and suspected longevity, may be down to the fact that Saturn is a gas giant, lacking the kind of solid landforms which disrupt storms on Earth.

The false-colour images have allowed scientists to "distinguish differences among the types of particles suspended in the atmosphere". Kunio Sayanagi, a Cassini imaging team associate, noted: "Inside the hexagon, there are fewer large haze particles and a concentration of small haze particles, while outside the hexagon, the opposite is true. The hexagonal jet stream is acting like a barrier, which results in something like Earth's Antarctic ozone hole."

Scientists have only recently been able to get a proper eyeful of the beast (see pics below), since the planet's north pole was in darkness when Cassini rolled up in July 2004. NASA explains: "The Sun really only began to illuminate the entire interior of the hexagon in August 2009, with the start of northern spring. In late 2012, Cassini began making swings over Saturn's poles, giving it better views of the hexagon." 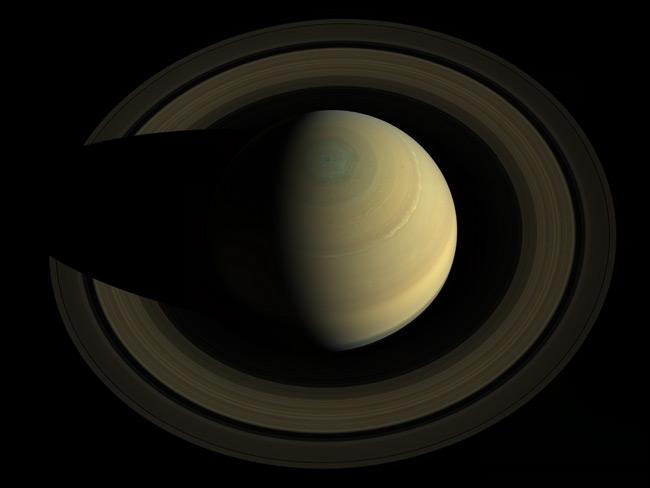 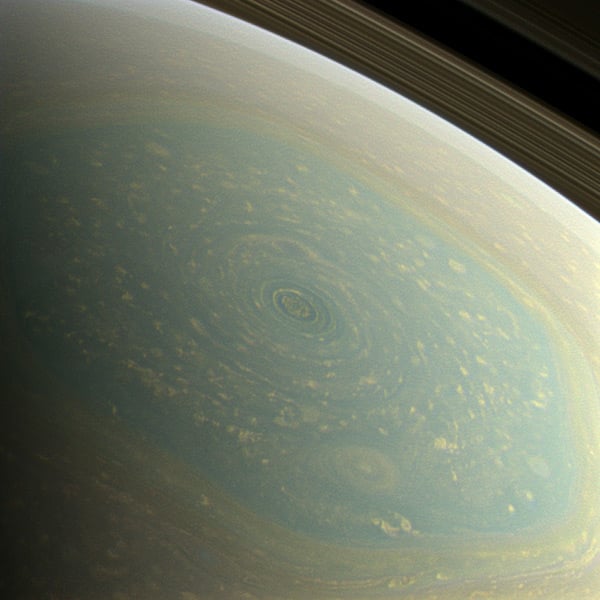 Although the storm's boundaries are preventing large haze particles entering the maelstrom, "large aerosol particles are created when sunlight shines on the atmosphere". Accordingly, NASA boffins are "excited" to see how this process affects the storm now Saturn's north pole is enjoying the first rays of spring sunshine. ®

Vulture Central's backroom gremlins reckon the top pic looks more like a security hex screwdriver bit. You can do the Googling to make the comparison.

Also, thanks to the millions who wrote in correctly pointing out that the original headline referred to Jupiter, not Saturn. Oops.