Next: a printed gun that's dangerous and affordable

The one thing that made 3D printed guns tolerable to the non-gun-owning community was that they were made of plastic, because metal 3D printers were costly. Now, a bunch of scientists from Michigan Tech are showing off a cheap 3D printer that fabricates in metal.

Metal 3D printing isn't new, but it's been expensive until now. The open-source Michigan project, here, offers a bill of materials costing just under $US1,200 to build the 3D printer, controlled by a Linux computer.

The printer, described in detail here, produces steel components, and while its creators describe it as “a work in progress”, they've already successfully produced simple shapes like sprockets.

Steel is melted for printing using a low-cost gas-metal arc welder under the control of a simple open source micro-controller, and models can be created in Blender or OpenSCAD, or anything else that can output an STL file. 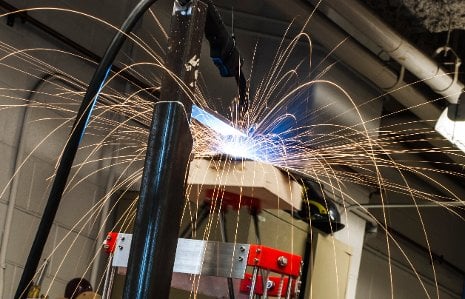 Whereas the famous 3D printed gun, The Liberator, was little more than a plastic pipe (as unpicked by The Register's Lewis Page), the Michigan machine gets the world at least part-way towards a printer that's able to make a gun.

Not that this is what the university's Open Sustainability Lab is thinking of. The Michigan Tech press release quotes Joshua Pearce, an associate professor in materials science, as saying “ we are within reach of a Star Trek-like, post-scarcity society, in which ‘replicators’ can create a vast array of objects on demand, resulting in wealth for everyone at very little cost”.

He expects the current effort to be improved on quickly: “Within a month, somebody will make one that’s better than ours, I guarantee it”. ®