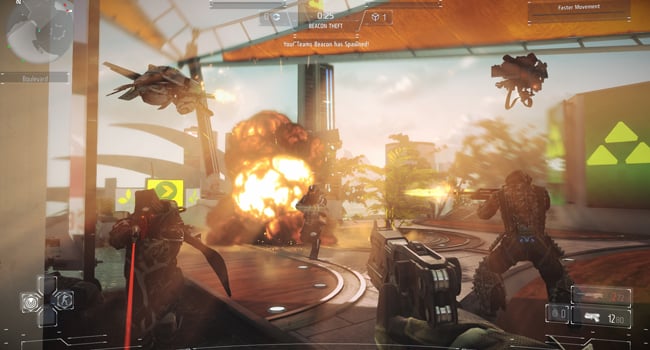 Think back to the PS3’s launch for a moment. The equivalent day-one title was Resistance: Fall of Man. A game that these days looks clunky to say the least, especially when compared to the likes of Killzone 3 or The Last of Us.

It’s more than a little bewildering to think that maybe, just maybe, we’ll be looking back at back Shadow Fall in seven years and consider it as merely OK-looking. If that’s the case, then we’re all going to have to dream up new superlatives when it comes to discussing visuals.

Underneath all the eye candy is a first-person shooter that plunges us into Killzone’s ongoing tale of the Interplanetary Strategic Alliance (ISA) versus the Helghast (from the planet Helghan). Rather than continue the series’ trend of depositing us into a pitched battle, however, Shadow Fall takes a different approach: it casts the player as infiltrator, rather than marine. 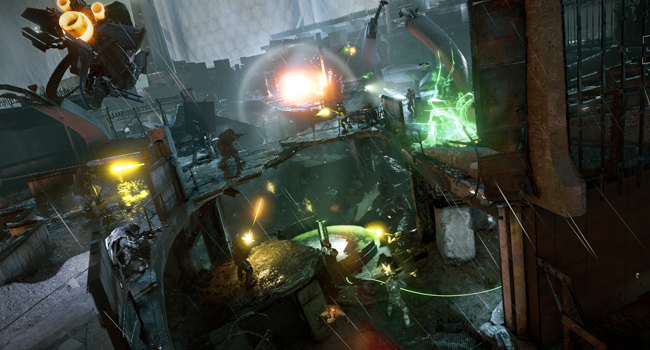 This welcome change of pace is made possible by a plot set 30 years after Killzone 3. Helghast refugees have been handed half of a planet known as Vekta by the ISA.

Good news for the Helghast maybe, but not the best for Vekta’s existing population. Predictably, before you can even say "Berlin Wall", the planet is split into two, and any Vektans on the wrong side of the tracks are exterminated by the Helghast.

Step forward protagonist Lucas Kellan, a survivor of those dark days, now made plucky resistance fighter. It’s he who we follow as he is commanded to cross the divide in a bid to discover the Helghast plan. 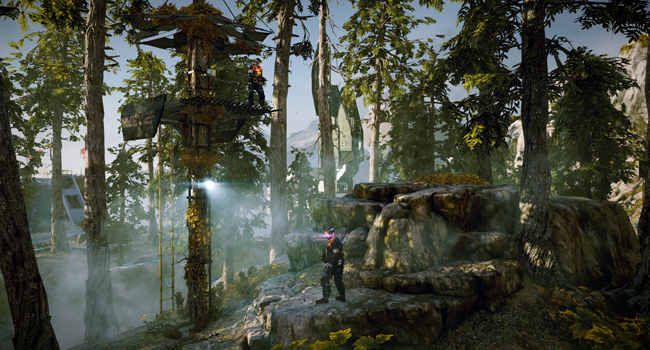 You wood if you could

The clandestine nature of such incursions is what makes Killzone that little bit different. Lucas’ missions are, by-and-large, free-form affairs as Lucas tackles objectives in any order you choose.

In fact Guerrilla’s hand-holding of the player is so minimal that at times I was left wondering if certain markers and instructions had simply not been implemented as development time ran short.

Take the first mission, where your initial task is reach a crashed troop transport in Helghast territory. To get there you’ll need to deploy Lucas’ Batman-esque zipline. But only after much exploration – and a fair few plunges into bottomless pits – did I figure out the way down. 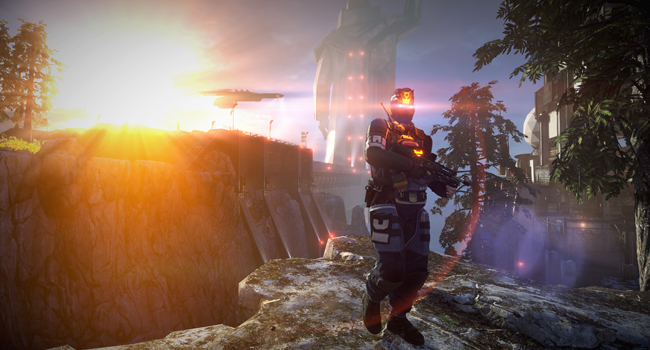 It’s a similar story in one of the game’s space-based missions, where power generators must be inserted into sockets in order to open locked doors. Not once does the game actually tell you that vital nugget of information. Huge oversight, or attempt at an almost Dark Souls level of player independence?

I eventually decided that this unguided approach to missions must be a design decision, and at times it’s one that promises to push the game into the same echelon as the likes of Dishonored. But then, unfortunately, you’re handed a series of missions that frustrate rather than excite.