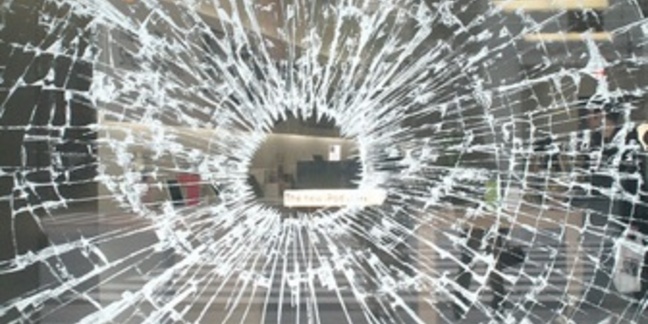 More rumblings of conflict between the Cabinet Office's Government Digital Service - the team creating trendy GOV.UK - and other mandarins were heard echoing around Whitehall last night.

Late on Tuesday, the Cabinet Office slipped out a statement in which it buried the news that GDS has suffered two significant blows.

It said that, despite having designed a criminal record checking system for the Home Office, Theresa May's department had decided to abandon that in favour of technology that now looks likely to be built in-house by HM Passports Office.

The criminal record check system had been one of 25 "significant 'exemplar' services" that GDS had been tasked with to redesign and rebuild to "make simpler, clearer and faster to use". That effort was part of a "digital-by-default" strategy to get UK public services fully online – an effort that was the brainchild of Baroness Martha Lane Fox, who just quit her role of government digi champ.

GDS and Home Office have agreed that due to contractual constraints and competing policy and legislative priorities, there would be more opportunity to effect transformational change by March 2015 in another service.

It comes after Iain Duncan Smith's Department for Work and Pensions walked away from GDS and its blueprints for an online Universal Credit system - a major welfare reform intended to modernise six types of benefits for claimants.

Universal Credit's boss Howard Shiplee told MPs this week that the one-dole-to-rule-them-all project had, among other things, been hampered by the Cabinet Office's digital-by-default mantra.

He added it would "take some considerable time to get to a totally online system", and cited security as a major hurdle to such plans.

Now, to add to the policy wobbles and security woes over at GDS, its schedule to move government agencies and arm's-length bodies over to the GOV.UK website early next year has taken a knock.

We were hoping to get all departmental, agency and arm’s length body sites moved across to GOV.UK by March 2014; this has been delayed because of difficulties in resourcing, which meant we didn’t have enough people to do all the work.

Cabinet Office Minister Francis Maude insisted that the 200-strong GDS team was doing a good job in spite of the setbacks and what appears to be squabbling within Whitehall.

"Over the next few months it’s full speed ahead for our digital transformation work. Some departments have made more progress than others, but what this report tells us is that the digital revolution Martha Lane Fox talked of has taken hold."

It would seem that the Home Office and the DWP may not share that view. ®

Beware the three-finger-salute, or 'How I Got The Keys To The Kingdom'