Review The recently released Mint 16, nicknamed Petra, might be the perfect Linux desktop for newcomers.

At its core is Ubuntu 13.10, but on top of this are desktops Mate and Cinnamon, the latter being the Mint project's homegrown user interface.

Ubuntu gives a stable foundations on which to build, allowing the project to focus more on its desktops and less on the underpinnings. The result is a pair of desktops both worthy of consideration but with Cinnamon far more interesting as its hits version 2.0

Cinnamon 2.0 was released a few weeks ago and now works much better with other distros, but it's on Mint, particularly Mint 16, that it really shines.

Like Ubuntu's Unity desktop, Cinnamon began life as an alternative interface for GNOME 3. Because GNOME 3 changes considerably with each six-month release, Cinnamon 1.x releases had to be built against specific versions of GNOME.

That meant that, for example, Cinnamon 1.8 that shipped with Mint 15 was designed specifically to run atop GNOME 3.6. That tight coupling made Cinnamon brittle for Mint users and even more so for anyone trying to use Cinnamon on other distros.

With the 2.0 release, Cinnamon is largely free of GNOME. Cinnamon is still built on top of familiar GNOME technologies like GTK, but it no longer requires GNOME itself to be installed. Instead, Cinnamon 2.0 uses its own daemons and libraries to do the heavy lifting.

While that's great news for anyone who wants to run Cinnamon 2.0 on, say, Fedora, it doesn't actually mean much for Mint users. Yet.

The move away from GNOME lays the groundwork for Mint to start focusing on Cinnamon as a desktop rather than spending development time making sure Cinnamon works with the latest release of GNOME. Now that Cinnamon is relying on more of its own technology it has more time for innovation and will have to waste less time catching up with GNOME changes or fixing regressions.

In other words, while there may not be a whole lot about Mint 16's Cinnamon 2.0 that's really revolutionary, the foundation is there for Mint 17 and Cinnamon 2.1 (which will coincide with Ubuntu 14.01, a stable LTS release).

The future of Cinnamon is looking very bright. 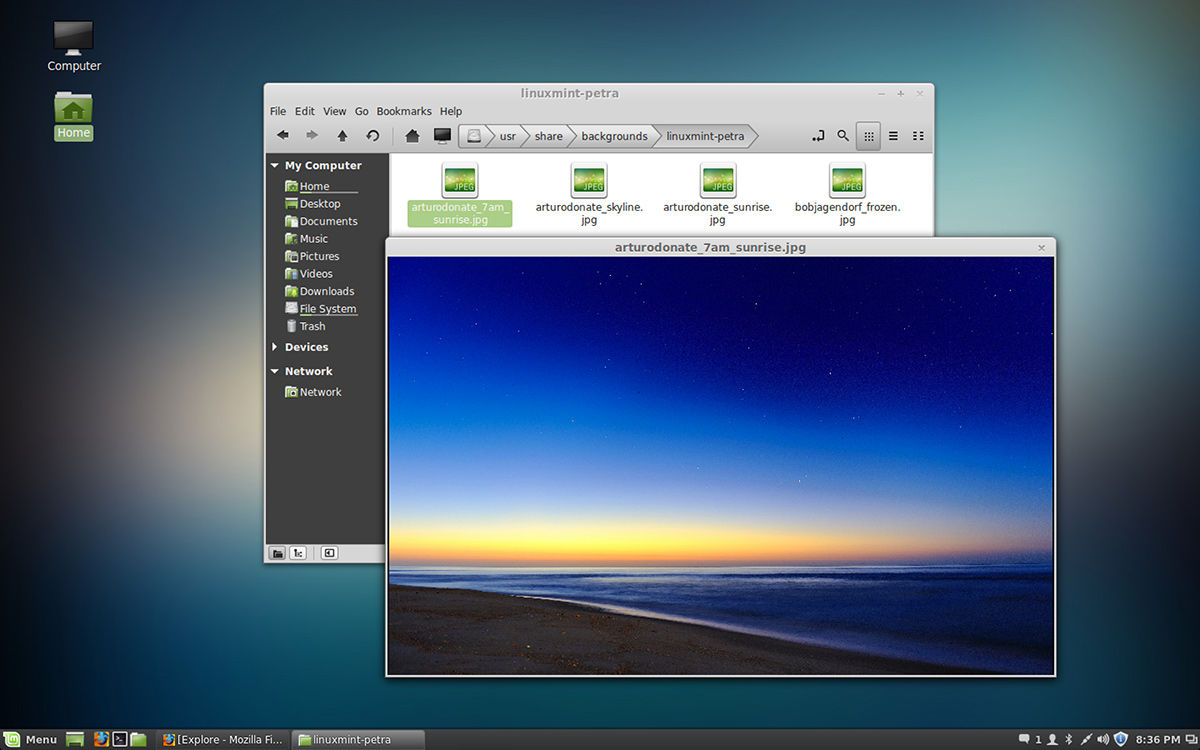 That said, there are some nice hints of what might be in store in this release, particularly some nice polishing touches to areas of the Cinnamon experience which are already strong. Two standouts include the new Users and Groups tool and the improved Nemo file manager (which works fine with other desktops as well, including Unity).

As part of the move away from GNOME, the GNOME "User Accounts" tool has been replaced with Cinnamon's "Users and Groups". Here you'll find what amounts to a very simple, elegant way to manage users, passwords and groups. It's one of the few graphical tools I've used that trumps its command line equivalent for speed and ease of use.

The Users and Groups tool isn't the first time Mint has sweated the details to create a really great user experience. A similarly impressive GUI-trumps-command-line tool in Mint is the Personal Package Archive manager, which is part of the Mint Software Sources tool.

Mint's Software Sources tool makes Ubuntu's version of the same look clunky and ancient, especially when it comes to adding new PPAs. PPAs (which, let's face it, are part of the Ubuntu, and therefore Mint, life) get top-level billing in Mint.

There's no hunting around in tabs as with the Ubuntu software centre, just a big button that says "PPAs". Click it, paste the PPA URL and Mint takes care of the rest. The PPA feature arrived with Mint 15, but it deserves mention here because it showcases some the polish that's been finding its way into Mint with new release.

There is of course still plenty of room for improvement in Mint 16. While the PPA feature is really nice, the Mint Software Center itself leaves much to be desired, especially when compared to the Ubuntu Software Center. Mint 16's Software Center is functional, but nowhere near as full-featured as what you'll find in Ubuntu.