Got a one-of-a-kind N9? Get ready to adopt Meego's baby Sailfish

The only Meego phone Nokia ever released, the now two-year-old N9, has been given a new lease of life today. Owners can now install the new Meego descendent Sailfish alongside the original OS.

Sailfish is an open-source operating system developed by startup Jolla, and is a continuation of the work Nokia did on Meego before it abandoned the project in 2011. Jolla employs several of the Meego team. The OS is currently in beta on Jolla's eponymous first phone, the er, Jolla.

The N9 was unveiled only a few months after Nokia switched to Windows Phone, and was never released in major Western markets such as the USA and the UK. 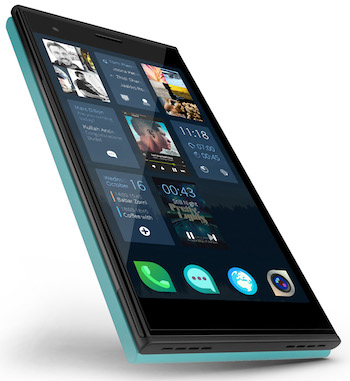 The brand new Sailfish OS - seen here on the Jolla phone. From Jolla.

Nokia had originally planned a range of devices using the Linux-based OS, but the platform failed to get support from potential hardware partners, and Nokia had spent so long theorising and developing UIs that were never used (the N9's Swipe was actually the third), it gave Android the opportunity to take off. Android has never looked back. However the N9 has maintained an avid following of enthusiasts and DIY developers.

With Nokia closing the Meego App Store at the end of the year, owners should be able to enjoy the more up-to-date Sailfish apps, as well as being able to run Android apps via a runtime.

Jolla has given the Swipe UI – which was already pretty slick – a major makeover. We've yet to see a Jolla Jolla in action, but we'll let you know as soon as we can get our mitts on one. ®