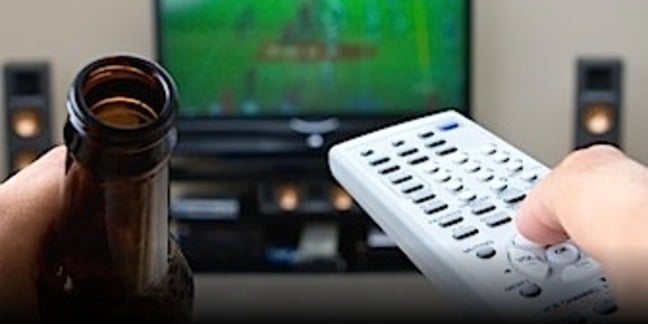 Cloud-based TV streaming and DVR startup Aereo has said it won’t oppose a move by the four biggest US television broadcasters to take it to America's Supreme Court – and said it is looking forward to fighting their allegations of copyright infringement.

“We have decided to not oppose the broadcasters’ petition for certiorari before the United States Supreme Court," Aereo's founder and CEO Chet Kanojia told El Reg in a statement.

"While the law is clear and the Second Circuit Court of Appeals and two different federal courts have ruled in favor of Aereo, broadcasters appear determined to keep litigating the same issues against Aereo in every jurisdiction that we enter. We want this resolved on the merits rather than through a wasteful war of attrition."

Aereo allocates its customers a tiny TV antenna each in a nearby data centre that pulls free-to-air TV out of the aether and stores the footage in the cloud, from which subscribers stream their favorite shows on demand to a web browser, phone, tablet or similar. And that's what has enraged media barons.

Almost as soon as Aereo started its service, the four largest US broadcasters sent in the legal eagles. ABC, CBS, NBC, and Fox all contend that Aereo is stealing and selling on their content without paying a retransmission fee. The quartet has filed multiple lawsuits over the service, seeking to shut it down, but have been knocked back every time.

Aereo has operations in ten US cities, each loaded with thousands of coin-sized aerials that pick up broadcasters' signals to store online for subsequent streaming. Punters pay up to $12 per month plus tax, depending on the type of service they want.

“Consumers have the right to use an antenna to access the over-the-air television," said Kanojia. "It is a right that should be protected and preserved and in fact, has been protected for generations by Congress. Eliminating a consumer’s right to take advantage of innovation with respect to antenna technology would disenfranchise millions of Americans."

There's no guarantee that the Supreme Court will even hear the case, but by not contesting a move to the highest court in the land, Aereo will have a chance to settle the matter once and for all. It will also buy the company some time to increase its rollout, since the nine-member supreme panels can take years before they decide whether or not to hear a case. ®

You wouldn't want to 'upend the computer software industry', eh?

You can't full me, Larry: Rimini swerves $13m invoice in crucial ruling on 'full' versus 'all'

Does a .com suffix make a trademark? The US Supreme Court will decide as Booking marks its legal spot