'2m passengers a day, hurtling through space, trapped in 17in seats, yapping their thoughts' 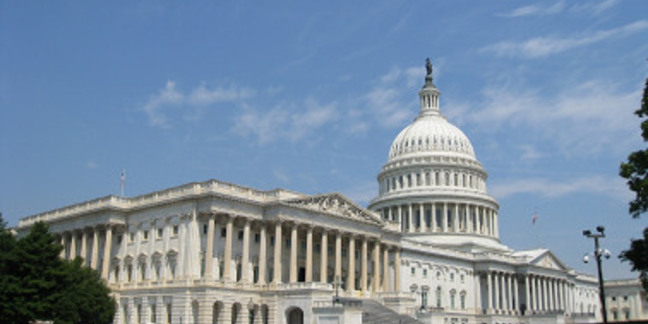 The US Senate is considering a bill that would ban in-flight cellphone calls.

Senators Dianne Feinstein (D-CA) and Lamar Alexander (R-TN) crafted the bipartisan legislation to outlaw voice calls on all commercial flights. The bill would still allow passengers to use mobile devices for texting, plus web browsing and other data traffic.

Dubbed the Commercial Flight Courtesy Act, the bill would apply to passenger flights in the US, and would trump efforts by other government agencies to permit the use of mobile phones for mid-air voice calls. The legislation's authors claim they are not motivated by safety concerns, rather consideration for passengers who would otherwise be subjected to the chatter of others.

"Keeping phone conversations private on commercial flights may not be enshrined in the Constitution, but it is certainly enshrined in common sense," said Alexander.

"This legislation is about avoiding something nobody wants: nearly 2 million passengers a day, hurtling through space, trapped in 17-inch-wide seats, yapping their innermost thoughts."

The bill, if passed, will put an end to the emerging conflict between officials over in-flight calling. The Federal Communications Commission (FCC) is considering new rules that would let airlines decide whether to allow passengers to make calls. But the US Department of Transportation (DoT) is mulling a ban of its own on in-flight calls that it said would trump any FCC regulations.

"Flying on a commercial airline — in a confined space, often for many hours — is a unique travel experience that is, candidly, not conducive to numerous passengers talking on cellphones," said Feinstein.

"This bill recognizes the use of cellphones to make calls during flights can be disruptive and irritating to other passengers and would prevent such communications during domestic flights."

While the matter is still up for debate, some airlines are pushing forward with plans to allow limited calling during flights. ®

After intense scrutiny, Zoom tightens up security with version 5. New features include not, er, spilling video calls to network snoops