Shareholders say 'important investors' were given different info to world+dog 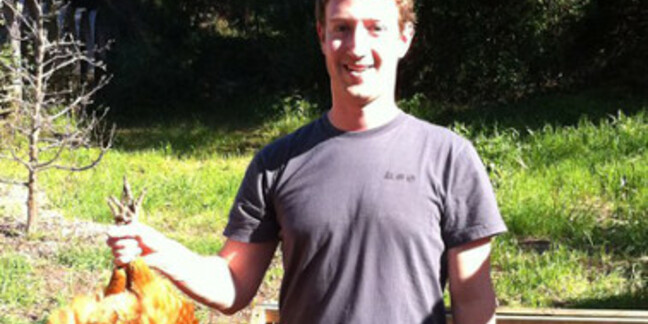 A US judge has decided that Facebook, Mark Zuckerberg and a bunch of banks will face a lawsuit accusing them of misleading investors about its $16bn initial public offering.

District Judge Robert Sweet in Manhattan said that investors should be allowed to pursue their claims that Facebook and the banks running its IPO were wrong not to disclose their projections about how the firm's lack of returns in the mobile market and other issues would affect future revenues.

Facebook was trying to get the case dismissed on the basis that it had no obligation to make those disclosures. Its actual results exceeded the estimates it had made public - before it took the effects of mobile migration into account.

Sweet said in a long filing made public yesterday that in the run-up to the social network's market debut, the company was making positive statements about the growth in mobile users and its plans to make money out of smartphone Facebookers, despite the fact that it showed much fewer ads to people on their mobes.

But in May, Facebook discovered that users were migrating much faster to mobile than it had anticipated and some of the product changes it had made were exacerbating how mobile migration was affecting its ad-feeding of users. The social network told its analysts that it no longer expected to meet its earlier revenue projections and those analysts immediately passed on that information to its "most important potential investors".

"Facebook's reduction in its projections was reported by the media prior to the IPO. Several of these reports only noted that Facebook's revenue "could be harmed" or that the migration to mobile "may negatively affect" financial results," the judge wrote.

"However, analysts other than the Syndicate Analysts, who had not been called by Facebook, continued to widely expect Facebook to report revenues in line with Facebook's original guidance given in April."

He pointed out that demand for Facebook stock was still sky high. So high, in fact, that the firm was able to increase both the size and the price of the IPO, a rare occurrence that has only happened in 3.4 per cent of all IPOs since 1995.

Sweet said that the investors had a right to pursue their case against Facebook because "an issuer has a duty to disclose any trend, event or uncertainty that is "known and existing at the time of the IPO" that "was reasonably likely to have a material impact" on the issuer's financial condition".

"While Facebook made significant disclosures, these disclosures satisfy only part of its obligations," he said.

Investors are not alleging any fraud in Facebook's behaviour, but they are looking for damages from having traded in shares as they fell below the IPO price, at one stage dropping to half the value.

El Reg couldn't reach Facebook for comment this morning, but the firm told Reuters in a statement that it "continued to believe the suit lacked merit" and it was "looking forward to a full airing of the facts". ®