So El Reg brings the spooks' weird poetry to you in full, natch 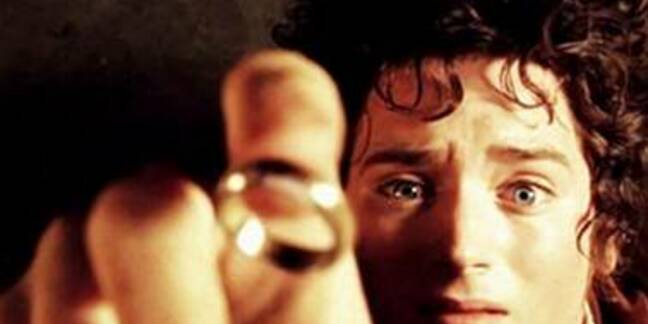 I have just received from the Dark Web, a samizdat copy of GCHQ’s Xmas card complete with cartoon from Chris Slane. The references (see below) provide a download of the complete Xmas card, which presumably can be printed out on cardboard in hard copy.

I think we can assume that the card is genuine as it contains the exemption notice from the FOIA regime which I came across when I sought access to an unrestricted document (“HMG IA Standard No.6: Protecting Personal Data and Managing Information Risk”).

The exemption under FOIA means that although the Xmas Card is information originated from GCHQ, posted insecurely in the ordinary post, and is clearly marked "unrestricted", the tax payer who pays for the Card cannot get a copy under FOIA (just like the HMG No 6 standard).

The card also contains a poem which is a parody of the poem which describes all 20 Rings of Power, as found in Tolkien’s book (the Lord of the Rings). The Poem goes as follows:

In the meantime, the Advocate General (the leading legal advisor to the European Court of Justice) has asked for the European legislature to re-draft the Data Retention Directive, which calls for the retention of metadata of all electronic communications to be retained for two years, as being in breach of Article 8 of the ECHR (right to a private and family life). This, of course, has been known to most of us for ages.

However, I want you to think about the Snowden revelations and then look at what the Advocate General points out, in this regard. He says that the use of telecoms data in accordance with the Data Protection Retention Directive:

So it looks as if the year is ending on a powerful note for those who think that privacy needs an uplift in data protection; one hopes the powers that be are listening and effective changes to the protection afforded when we use the Internet will appear in the New Year.

On that optimistic note, I say have a happy holiday and recharge your batteries for what should be an eventful year. We do live in “interesting times”.

My run-in on S.23 for FOIA (information originating from GCHQ)

The GCHQ Xmas Card can be downloaded from the Amberhawk Training website here (PDF).