Ross Ulbricht: 'Oi! Give me back my $34m in Silk Road Bitcoin booty' 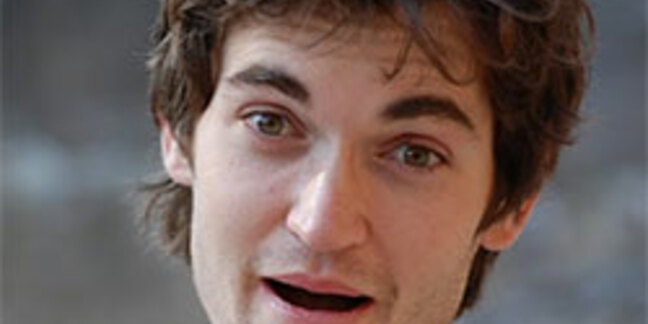 After his arrest in October, 29-year-old Ross Ulbricht maintains that he is not the Dread Pirate Roberts, mastermind of the online drugs marketplace Silk Road. But he also says the Bitcoins the authorities seized from Silk Road belong to him, and the government should give them back.

Since shutting down the secretive online shop, the FBI claims to have confiscated electronic wallets containing more than 173,000 Bitcoins from Silk Road – an amount worth about $33.6m in real-world currency.

The authorities claim these funds are the proceeds of a criminal conspiracy involving drugs trafficking and money laundering. Ulbricht, on the other hand, says that's got nothing to do with him – yet the New York Post reports that he has also filed papers with a federal court in New York City demanding that the seized Bitcoins be returned to him.

In a notarized statement dated December 11, Ulbricht reportedly says he "has an interest as owner" in the seized funds and argues that as a virtual currency, Bitcoins are "not subject to seizure" under federal forfeiture laws.

It's a neat argument. Since the Silk Road raid was the largest Bitcoin forfeiture in US history, the courts literally have never heard a case quite like it. It's possible that a judge could rule that Bitcoins don't count as the kind of property that can be seized in a criminal prosecution.

It's unlikely, though. In past cases, courts have seen fit for authorities to seize everything from cash to cars, boats, houses, artwork, and even intellectual property such as internet domain names. Just the fact that Ulbricht wants the Bitcoins back would seem to establish that they have value and are therefore fair game for forfeiture.

Still, Ulbricht could certainly use the money. Although he was represented by a public defender in his first few court appearances, he has since retained the services of New York attorney Joshua Dratel, and his case looks like it could be a long one. Among other offenses, he is charged with commissioning the contract killings of as many as six people (although there is no evidence that anyone was actually killed).

In November, Ulbricht's family, friends, and supporters chipped in $1m to secure his release from the New York jail where he now resides, but Magistrate Judge Ronald Ellis ultimately denied him bail.

It remains to be seen whether those same well-wishers will be willing to put those funds towards Ulbricht's legal fees now that he has admitted to owning more than $30m worth of Bitcoin at the time of his arrest. ®