Review Never let it be said that Intel doesn’t respond to criticism. Its first Next Unit of Computing (NUC) micro-desktop, which appeared in the first few months of 2013, wasn’t a bad machine, but it prompted grumbles from reviewers (myself included), about some odd design and packaging decisions. 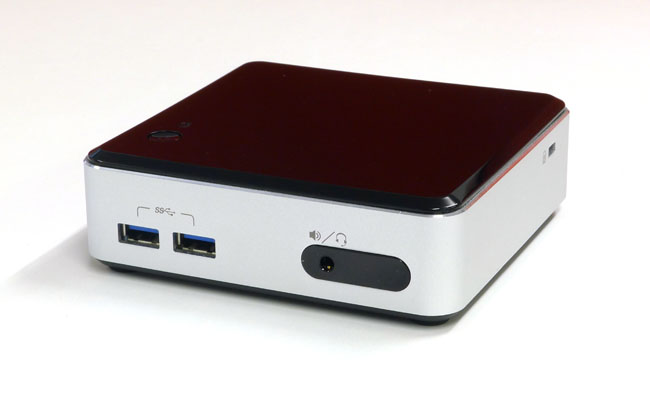 New NUC: all the missing bits from the previous generation added

Taking the feedback on board, Intel has addressed almost all of them in its latest NUC, which maintains the broad 116 x 116 x 35mm form-factor – the new one is slightly shorter – but adds all the ports and connectivity absent from the first-generation machine. It also gains the chip giant’s power-lean Haswell processor.

Haswell wasn’t ready when the first NUC models appeared, but in all other respects the new incarnation is the product the previous offering should have been but wasn’t.

I looked at one of two NUCs. The one I tried had an HDMI 1.4a jack, a DisplayPort 1.1-compatible Thunderbolt port, but no Ethernet. The second model had two HDMI ports and a Gigabit Ethernet port. Both had three USB 2.0 ports, one on the front and two on the back. 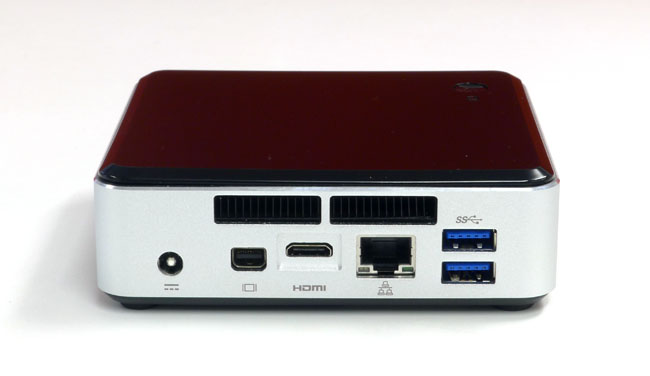 USB 2.0? In 2013? Intel got booed for that design choice, so the new model comes with USB 3.0 ports, four in total, two up front, the others on the back. Thunderbolt has been dropped to make way for a plain Mini DisplayPort 1.2 outlet placed next to mini HDMI 1.4a connector.

Some reviewers were annoyed there was no analogue sound output on the earlier NUCs, so Intel has placed a dual-role 3.5mm audio socket on the front. To appease folk who fancied the NUC as a compact media centre, it has added a “consumer” infra-red pick-up for remotes.

My personal NUC bugbear was the bizarre absence of a mains cable for the computer’s external AC adaptor, a lack the forced me to go rooting around in Vulture Central’s dusty Dead Kit Cupboard for a suitable lead. Intel only left the cord out so it could reduce the size of the packaging - it can’t have saved it much money.

Whatever the reason for the previous absence of a mains cable, the new NUC thankfully comes with both adaptor and cord. 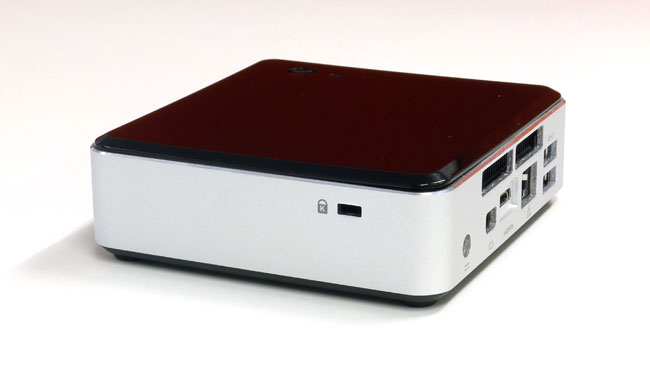 Gigabit Ethernet is included as before. Likewise there’s a half-size mini PCIe slot inside - and two antenna cables - for on-board Wi-Fi and Bluetooth. The NUC doesn’t come with a card - so you can pick whichever spec you need. Likewise the capacity of the full-size mini PCIe mSATA SSD the NUC is designed to take as its primary storage.

Interestingly, and again no doubt because of grumbles about the original NUC’s storage expansion options, there’s now an internal 6Gb/s SATA cable connector you can use to hook up a drive. Not that there’s room in the case for one, even a 7.5mm thick 2.5-inch SSD, like Toshiba’s THNSNH512GCST.

This is, of course, for folk buying the NUC’s motherboard on its own, which a number of OEMs do to create custom compact servers and desktops. They’ll be able to do mobile devices too now: a DC input power header has been added to the board. 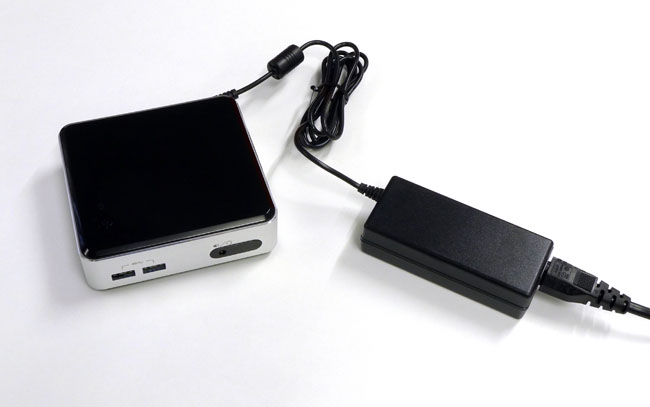 Like its predecessors, the new NUC has a pair of unpopulated SO-Dimm slots and can take up to 16GB of memory. Now, though, it has to be 1.35V DDR3L.

Next page: Party at the back...
Page: