BEAM ME UP... twice: No local storage on Transporter Sync

Users of Connected Data's new file sharing and synchronisation Transporter Sync device have been complaining about the mini-Transporter's limitation: there is no local storage.

The main Transporter devices have local libraries, but their absence on the Sync means users must store two copies of every file and folder that they sync and share between Sync devices.

The Transporter product is a networked storage system which provides a peer network-based private file sharing and synchronisation cloud between a user's networked computer systems - desktops, notebooks, tablets and smartphones. 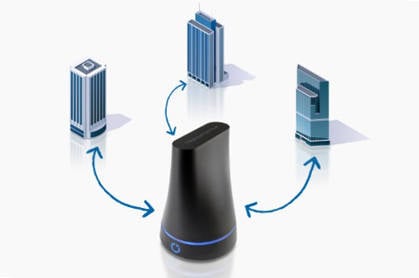 The product contains a 2.5-inch hard disk drive, which stores the shared files and folders. This is known as the Transporter library and it is a virtual disk mounted by a host Windows or Mac system and seen as a sub-folder in the host system's main Transporter folder.

But the library offers:

Any item that you drag into Transporter Library will be copied rather than moved. The original item will remain on your computer after the copy, as with any other copy between disks.

You can also keep local copies of your Transporter files in the Transporter folder on your host system. Any files and folders in this will be synced with other connected Transporter devices and, as they are on directly-attached storage, will be accessed faster than copies on the networked Transporter.

However, you can connect an external disk drive to the Sync product using a USB connection. Despite this ability to give it local storage there is still no Transporter Library functionality.

However, an update to the Knowledge Base article above, from 13 December 2013, states: "Connected Data is testing Transporter Library with Transporter Sync and plans to add it as soon as possible." ®