Chanteuse ditches dying handset maker - or did they ditch her? 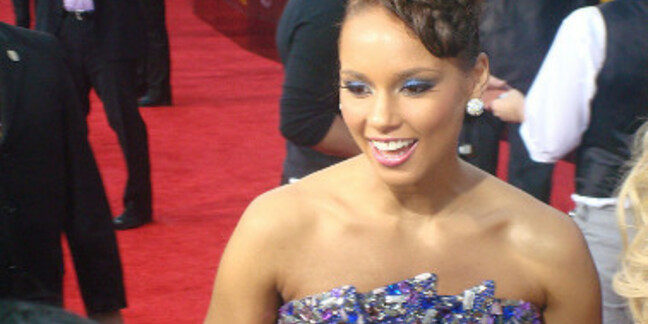 She's the indecisive pop star who sung about constantly "falling in and out of love" with some bloke or other.

Now the caterwauling piano player Alicia Keys has made a concrete decision, for once in her life, and has stepped down from her role as BlackBerry's global creative director.

She started the role last year, when the firm formerly known as RIM launched its new BlackBerry 10 devices in a bid to compete with Apple and other smartphone manufacturers. However, the phones flopped and a subsequent attempt to sell off the firm failed dismally.

It is unclear whether Keys decided that the job wasn't for her, or whether the ailing Blackberry manufacturer decided they could no longer afford her.

"We have enjoyed the opportunity to work with such an incredibly talented and passionate individual," BlackBerry said in a statement.

BlackBerry phones were once so fashionable that hard-working execs addicted to the ungainly mobes referred to them as “crackberries” while gangs of London youths were alleged to have used the phones, and their killer BBM platform - to organise the London riots of 2011. Since those heady days, however, the brand has nosedived in popularity.

At the end of 2013, BlackBerry - which used to be known as Research In Motion - was forced to make a $4.4bn writedown after profits plummeted by $2.7bn on the previous year.

Keys' career, on the other hand, has remained steadfastly successful. Her last album, Girl On Fire, went to number one in the US and number 13 in the UK, a nation known for its superior musical taste.

During her time at BlackBerry, Key organised a scholarship scheme to encourage women to study STEM subjects. She also ran the Keep Moving project, which helped the public collaborate with artists and filmmakers. ®

Regular Reg readers will recall that Justin Bieber tried to bag himself a $200k RIM job - and got turned down because, according to RIM execs, “he's not going to last”.

Get ready for handhelds with notebook-beating RAM chips