You guys were nonentities in 2011, say apparatchiki 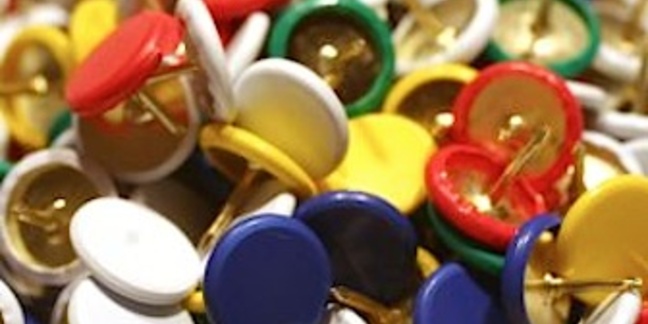 A trademark ruling in Europe could stop Pinterest from expanding onto the continent, as the EU's office rules that the company doesn't own the rights to the name "pinterest".

The EU Office for Harmonisation in the Internal Market has ruled against the crafts'n'cupcakes website, deciding that London-based social news aggregator Premium Interest owns the trademark on "pinterest".

Premium Interest filed for the trademark at the end of January 2012. The EU office ruled that Pinterest had failed to show that the public were aware enough of the Pinterest name before that date for it to qualify as a non-registered trademark.

Pinterest presented media articles about itself written in the British and US press along with other evidence proving its existence before 2012. But the office said that "mere references" to the website didn't mean that the public was sufficiently aware of it.

The EU office said in its ruling:

Parts of the evidence describe Pinterest as a 'sudden craze', 'a great new platform', 'the buzzy social service of the moment' and 'the next big thing'. However, even the above mentioned documents contain comments such as 'despite launching in March 2010, Pinterest has only started making waves recently' and '[Pinterest is] very American at the moment'… The documents furnished contain no indications regarding the relevant territory of the United Kingdom and the awareness of the relevant public in respect of the non-registered mark.

The decision means that if Pinterest wants to keep doing business in Europe, it will either have to successfully appeal the decision or get a licence to use the trademark. ®