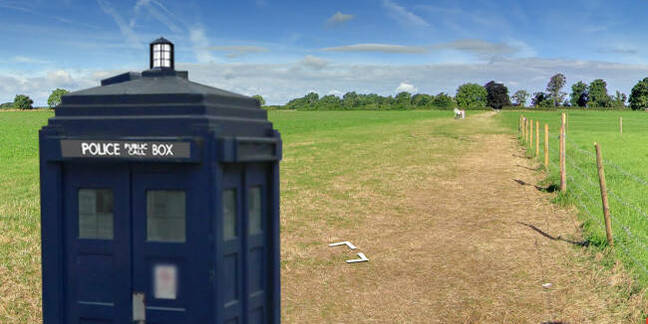 If there are time travellers around, they're being careful not to leave their fingerprints on the Internet.

That's the conclusion in a paper published at Arxiv, put together by Michigan Technical University physics professor Robert Nemiroff and PhD candidate Teresa Wilson. They searched the Internet for “prescient” signatures – that is, information in posts containing knowledge that didn't exist at the time it came to be posted, whether on blogs, social media, or other documents indexed by Google.

They focussed on mentions of Comet ISON, and Pope Francis, as labels that would stand out if they turned up out of their proper chronology. Each of these was a sufficiently unique search term to eliminate false positives, and had a clear start date (for ISON, September 21 2012; for Pope Francis, 16 March 2013).

While the aim – “can we find time travellers on the Internet” – sounds silly, the shortcomings of date-restricted search on different platforms is interesting.

Google proved a weak tool for identifying “prescient” information. While Google provides restriction of search by date range, the cycling of new links into old news stories spoils it: a “prescient” hit in the search results (for example, a story about Pope Frances dated before his election) means that an “other news” story using the search terms has appeared automatically in a sidebar to a much older story.

Facebook, they write, was inadequate for the search, as was Google+, which doesn't order searches of posts by date. For the purpose of giving an accurate date to historical posts, Twitter turned out to be the best-performing tool the researchers looked at.

Getting desperate, the researchers have also asked time travellers, if they exist, to post to the hashtag “#IcanChangeThePast2” or “#IcannotChangeThePast2”, on or before August 2013. At the time of writing, no such posts have turned up. ®