Hands On Last month BMW rolled out the first cars to come with a fully integrated on-demand music-streaming service built in. Just before Xmas I took it through its paces to see how it performed and after an hour I was forced to conclude that things look ominous for digital radio, which is likely to be squeezed harder as on-demand services like this become more commonplace.

For this particular service, no cables are required and it includes a subscription deal that gives the buyer roaming access to the service, built for BMW by Rara, across five European countries including the UK at no extra cost. 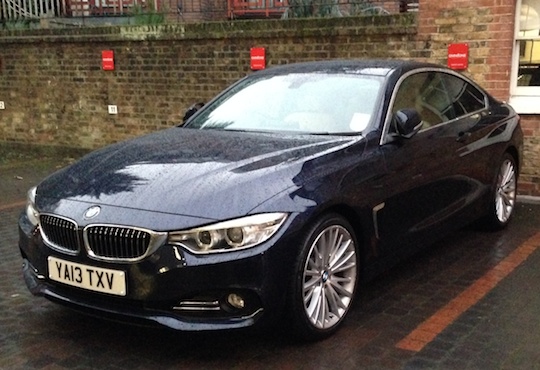 First, I should make clear that the lovely motor in question - a BMW 4 Series Coupé, although more models feature the service including Series 1-7, X5 and M models - certainly has DAB built in to its very comprehensive entertainment system. But when you examine what radio does well that Rara doesn't - such as speech radio or local broadcasting - it's clear that those transmissions don't need digital.

So, because of the relative costs, they remain on analogue. In the United States, talk and local flourishes on low cost analogue spectrum. What my demo confirmed is that on-demand music, programmed by the user via smartphone or punched in on the journey, and Rara's channels, take away much of the reason to listen to music radio. Particularly when that is bland and uninspiring.

Now on with the experience. Pistonheads will likely know all about BMW's ConnectedDrive Online Entertainment service, with its very well thought-out UI. It's nicely designed for distraction free driving, with a HUD and the ability to control the music from the steering wheel. What's new about the Rara integration is that it's completely built in and truly on demand. You don't have to pre-program it via a smartphone - although that's a sensible option I expect a lot of people will use. 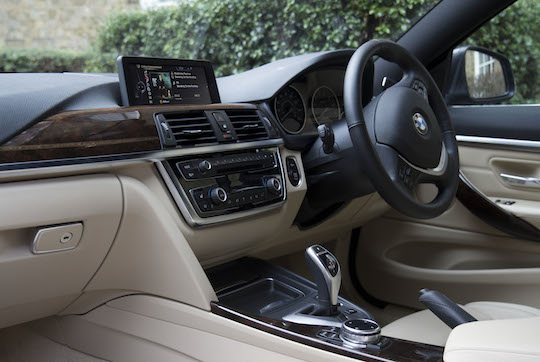 The system includes a graphical 10.1 display unit and the iDrive controller, which is really a fat four-way joystick, with a rotating dial and touchpad built into the top. It's easier to use than describe. The integrated touchpad means you can spell out requests letter-by-letter - with the service performing on-line lookups via the integrated 3G connection. 3G has been in head units for some time - the service is really the final piece in the jigsaw. The optional HUD costs over £800 extra, but means your eyeline doesn't really need to shift. From the steering wheel you can control the volume, skip tracks or activate the speech commands.

Rara is a brand owned by Omnifone, one of the oldest kids on the block for digital music, with years of experience doing wholesale deals for the likes of Sony and BlackBerry. Rara launched with curated channels but without the Spotify-style on-demand element, but it has since caught up. I couldn't really find anything lacking in it and the catalogue shows Omnifone's experience - there are over 22 million tracks.

Tracks stream in at 48kbit/s with 64kbit/s Dolby Pulse due later this year. It sounded excellent thanks to the quality of the speakers, but it might appall some. Clearly, if you want to enjoy the richness of a classical recording on your journey you're going to take your CDs. And if you want real audio quality, you're not going to be in a car at all - even one as smooth and quiet as a BMW Series 4. 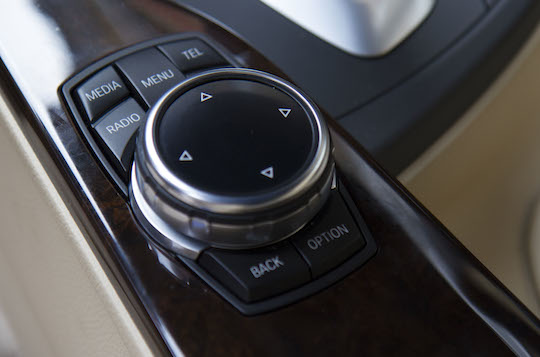 The bitrate is a trade-off in making the whole system more responsive, as 3G coverage is far from ubiquitous, and in dense areas the backhaul gets hammered. Some clever caching is clearly going on, with a built-in hard disk storing everything you play. Rara streams a portion of each track so skipping doesn't cause a dropout. I found tracks played within a few seconds. The only significant latency I found was when performing searches out over the 3G network - which could take 20 or 30 seconds in tests. But you do get a cover art when it arrives, rather than a list of names.

The service isn't cheap at a shade over £27 a month (£325) for the first year, and £18.75 a month after that. But you do get access in Europe - France, Germany, Spain, Italy and the UK - without any additional charges. Whether you want to pay a premium over the tenner a month access for an on-demand service and use your own smartphone and USB or audio cable comes depends on how much you value the integration. Even without the HUD, the integrated service is a lot easier and more convenient, and certainly a whole lot safer, than the smartphone+cable option.

I found it hard to see what benefit integrating iOS or Android into the head unit would actually bring the user, as BMW has made the overall UX so slick. It's sure to get cheaper and niftier in the coming years as the technology percolates into mid-range mass market cars, and 4G becomes more common.

The biggest disruption caused by the spread of such systems is likely to fall upon music radio. Rara's curated channels - mocked when the service launched for being so mainstream - offer something as good as, and typically better than say, the Absolute '70s, '80s and '90s stations that fill out the commercial DAB multiplex. Once music is streaming, it's highly unlikely you will experience dropouts and you certainly won't hear bubbling mud. Rara channels lack personality, a DJ, but for many that's a blessing.

But cost remains the killer for any broadcaster. Local DAB transmissions are estimated to be 16 times more expensive in the UK than an equivalent analogue FM transmission (but under Ofcom rules, stations must do the digital or risk losing their analogue licence). On-demand music eats into the entire raison d'être of DAB. If UK radio isn't already in a crisis, as it insists, then the horizon looks quite forbidding now. ®