Almost, but not quite, completely unlike Earth

It's almost-but-not-quite like Earth. Actually, it's nothing like Earth, except for a coincidence of mass: the newly-discovered exoplanet KOI-314c, 200 light-years distant from us, has roughly Earth mass, but turns out to be a gas planet.

The discovery, described here at the Harvard-Smithsonian Center for Astrophysics (CfA), is 60 per cent larger than Earth's diameter, which leads to the conclusion that it has a very thick gaseous atmosphere.

What makes that interesting, according to the CfA, is that it somewhat blurs a line that in the Solar System looks quite clear: rocky planets are small, gaseous planets are large. As the CfA's lead astronomer David Kipling said, “It proves that there is no clear dividing line between rocky worlds like Earth and fluffier planets like water worlds or gas giants.”

KOI-314c moves at a cracking pace, orbiting its red dwarf host star every 23 days, and it's way too hot for life, at around 220°F (just over 104°C). Its overall density, the astronomers estimate, is around 30 per cent greater than water.

It's also the lightest planet so far to have both its mass and physical size measured, the astronomers say.

Discovered by trawling Kepler data (not for planets, but for exomoons, as it happens), the exoplanet's mass was calculated using transit timing variations. Because it's in a system with more than one planet, the gravity from another planet tugging on KOI-314c caused a wobble in its orbit. 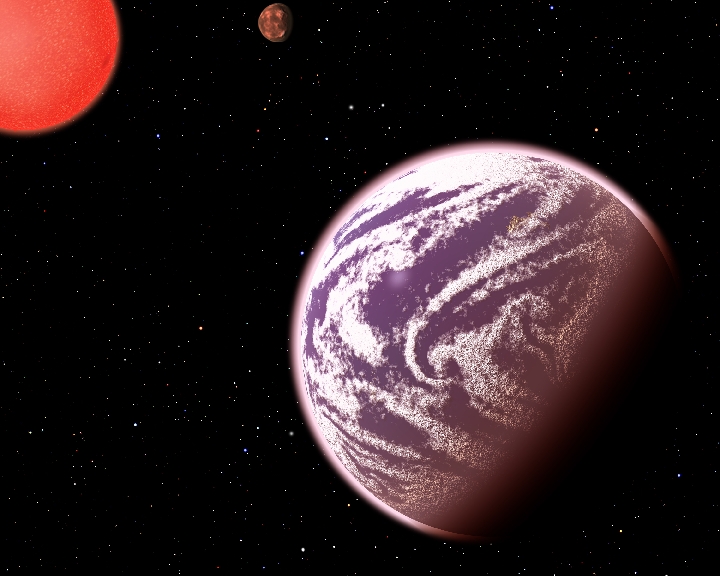 Almost, but not completely, unlike Earth: KOI-314c

Image: Pulliam and Aguilar at CfA

“Kepler saw two planets transiting in front of the same star over and over again. By measuring the times at which these transits occurred very carefully, we were able to discover that the two planets are locked in an intricate dance of tiny wobbles giving away their masses”, said David Nesvormy of the Southwest Research Institute, a co-author of the paper now submitted to The Astrophysical Journal.

The other planet is heavier (about four times Earth mass) and rips around the star in just 13 days. ®