CES 2014 CES wouldn’t be CES without thumbdrive nonsense and it doesn’t disappoint this year, with one device modelled after a rocking toy and another whose USB stick has no cap for you to lose. 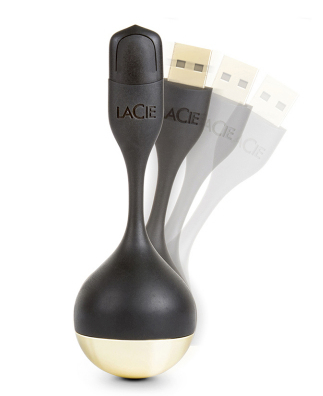 The flash drive fussiness from French company LaCie comes in the form of Culbuto, named after a traditional French toy (a figurine with a weighted base in its rounded bottom which rocks around on its base when you push it).

LaCie burbles: “The LaCie Culbuto... has a spherical solid metal base topped with a silicone rubber stem that ends with a USB 3.0 connector. On its top, a cap that closes off the LaCie Culbuto features a slit to hold a photo or business card. Design-conscious consumers will appreciate both the speed benefits of USB 3.0 and the key’s additional purpose as a whimsical picture holder when not in use.

“Moulded from a cast, the LaCie Culbuto’s 'soft touch' rubber gives a pleasant feeling to the fingers...”

If you are into "repeated and infinite oscillation" with a pleasant feeling of soft touch rubber on your fingertips then this is the, um, thumb drive* of your dreams. Here it is plugged into a notebook computer: 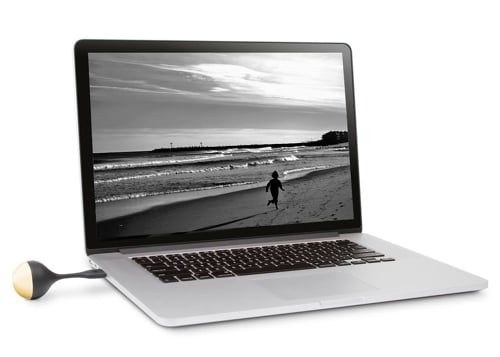 Culbuto plugged into notebook. Is this on a single flat surface?

But that's not all. There's also:

This flash drive gizmo costs $99.99 in the US from Amazon, B & H and SanDisk. It should be available in Europe in a few weeks. ®

* You can actually get USB vibrators, which use the USB port for recharging their battery.