Cyber-crook logic: Cops are on my tail, so I best confess my crimes to a reporter 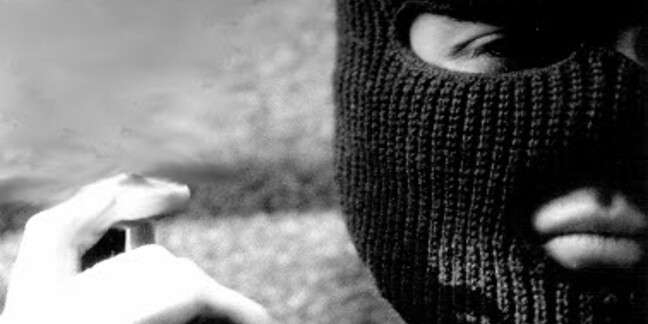 A webmail hacker called Guccifer – most famous for raiding the email inboxes of former US president George H W Bush's family – has been exceptional busy of late.

Crime news website The Smoking Gun reports that Guccifer has handed over a cache of documents – which, we're told, reveal that he broke into the private email accounts of scores of new victims in the last year, lifting private personal photographs, financial documents, and phone records in the process.

Guccifer's swag bag included the phone numbers of actors Robert Redford and Warren Beatty as well as the private email addresses of other A-list Hollywood stars including Leonardo DiCaprio and Nicole Kidman, TSG reports. The miscreant's haul also apparently included the script for the fourth season finale of Downton Abbey, six months before the episode of the British TV period drama aired.

The hacker passed his huge dossier to The Smoking Gun “in case I disappear”.

The motive for the attacks much less how they were carried out remain unclear. However, veteran security world watcher Graham Cluley reckoned that "Guccifer managed to gain access to some of the accounts he hacked by correctly guessing the secret answers to security questions".

Guccifer previously claimed that “the Feds” began investigating him a "long time ago" and that he had hacked into "hundreds of accounts" over an extended period. Romania's spies are confident that Guccifer will eventually be caught, Softpedia reports. It's understood the hacked Yahoo! account of George Maior, the head of the Romanian Intelligence Service (SRI), was an older webmail account that he only used in his former career as an academic.

Guccifer uses various proxy services to disguise his location and has so far managed to stay at least one step ahead of the authorities on his tail. ®

Email and a phone call enough to secure nine payments.

GPU-makers aren't members of the TPC. Will they join?