Got cloud? He's got a briefcase full of valley lucre and wants to know 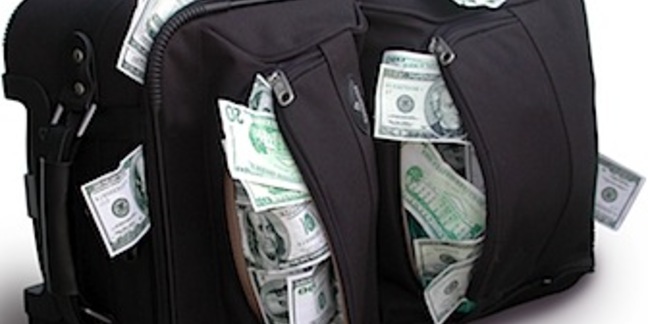 Cockcroft announced his move on Tuesday, and we're sure that CEOs and CTOs at cloud-oriented startups around the valley perked up at the thought that one of their own is now dishing out cash.

"What I'm doing now is broader. It basically takes things I was doing as a sideline at Netflix and turns them into my main job at Battery. I was going to conferences and talking to startups while at Netflix, but it doesn't deliver movies, it helped Netflix recruit people, and at Battery it becomes my day job."

Cockcroft is a former member of the "Sun Mafia" – his playful name for a close-knit group of Sun Microsystems people, many of them Distinguished Engineers, who back in the day helped develop the technologies that made Sun one of the most innovative and tragic companies of the previous valley bubble.

Oracle bought Sun's carcass in 2009, though the "Sun Mafia" began its exodus much before that, going on to hold positions at companies such as Vyatta, Facebook, Google, Netflix, VMware, and Joyent. Since then, many of Sun's old ideas – Solaris Zones, grid computing, and so on – have all come back into vogue.

"For a long time Sun was hoovering up the best people in the world, and it was the most interesting high-tech place to go," Cockcroft said. "There's definitely a sense that we all get together."

Now, ex-mafioso Cockcroft will help advise Battery Ventures on how to spend its $900m fortune after the fund created a "technology fellow" role for him.

"I will work in the Battery Ventures team that is looking for opportunities to fund companies who are enabling the transformation of enterprise IT, and I will also provide advice and mentoring for portfolio companies," he wrote in a post to his (rather good) personal blog on Tuesday.

Cockcroft's focus now is on how large enterprises are achieving continuous delivery and using technologies such as cloud computing to speed up their operations, he told El Reg. Therefore, he's on the hunt for startups that can help transform big lumbering businesses into more nimble creatures.

Cockcroft left Sun for eBay in 2004, then hopped over to Netflix in 2007 where he helped design the company's at-the-time heretical cloud-first architecture.

Since then, Netflix has become one of Amazon Web Services's more prominent customers, and at peak times the service consumes about a third of downstream US network traffic.

To maintain uptime in a harsh environment built on thoroughly occluded infrastructure, Cockcroft spearheaded an effort at Netflix to develop many open-source software tools to help its service run reliably in the face of random cloud brownouts, and peaks in demand.

"It's going to take me a little while to figure out the new role, but a big part of the job is meeting lots of people. I'm taking bookings for February," he wrote. ®