No more waiting, no more excuses – what a Brill-iant idea 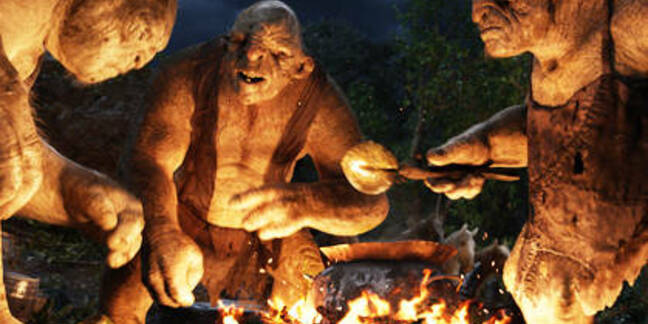 CES 2014 Julie Brill, one of the four commissioners of the US Federal Trade Commission (FTC), wants Congress to quickly pass legislation against patent trolls, which are companies that buy up intellectual property solely to sue successful designers and manufacturers – and even their customers – for infringement, whether it was accidental or not.

To be fair, she put it rather more politely than that, describing said trolls as "patent assertion entities" (PAEs).

Crucially, though, Brill argues that Congress should not wait for the results of the "6(b)" study her own commission launched in October 2013, which was named after the statute that grants the FTC its power to conduct such a study.

"Should Congress wait for the FTC's 6(b) study before acting on the Goodlatte bill, the Leahey bill, and the other bills currently under consideration, as some have called for?" she asked while speaking at CES 2014 in Las Vegas on Wednesday, referring to legislation moving through Congress that attacks the patent-troll problem.

"Or should the FTC and other law-enforcement agencies wait on the results of the 6(b) study before undertaking enforcement actions against PAE activity that crosses the line?" she continued.

"I believe the answer to both questions is 'No'."

From this FTC commissioner's point of view, the patent system is in need of reform immediately, seeing as how patent trolls are running amuck, damaging companies, squashing innovation, squelching competition, and basically making a hash of the patent-enforcement system.

In just the last two years, she said, lawsuits brought by patent trolls have tripled, and have risen from 29 per cent of all patent-infringement suits to 62 per cent.

"Some evidence suggests that PAEs may have threatened over one hundred thousand companies with patent-infringement in 2012 alone," she said.

Something must be done about this increase in "frivolous" lawsuits and it must be done now, Brill said. "Further reforms to the patent-litigation system are clearly warranted."

Various provisions in the bills now under consideration could help to discourage such lawsuits and improve patent quality, she said, reminding her audience that such congressional action is something that the FTC has long encouraged.

"I believe Congress should act with deliberate speed," she said, to adopt reforms that will tamp down lawsuits by patent trolls. "And if, after our PAE 6(b) study is completed, it appears that additional reforms are warranted, Congress can consider further action at that time."

Not only should Congress not delay in getting off its collective duff and reform the patent system, the FTC, the US Department of Justice, and various state agencies and attorneys general should not hold back on strong enforcement of existing statutes.

"They should act expeditiously," Brill added, "to take whatever enforcement actions are warranted to stop inappropriate PAE abuse."

A reasonable and measured approach to the patent-troll infestation, it appears – so reasonable, in fact, that it's sure to be attacked by deep-pocket defenders of the current patent system, rife though it may be with inefficiencies and abuse. ®