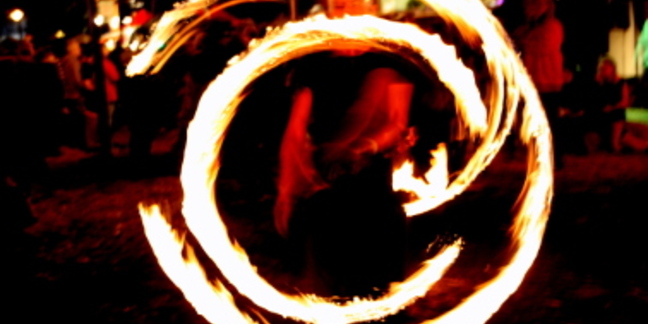 Exclusive Britain's unofficial "copyright czar", Edmund Quilty, is moving on. Probably the most influential civil servant you've never heard of, Quilty has served as the Director of Copyright Enforcement and Policy at the UK patent office for six years, far longer than the typical stint for a career bureaucrat of two years.

"We can confirm that Ed Quilty, the current Director, will be moving on to another post in the civil service and that the post for Copyright and Enforcement Director has been advertised," a spokesman for the Department of Business and Skills, BiS (which in theory looks after the IPO), told us.

Separate sources confirmed that Quilty had told confidantes he was resigning in September, but was requested by his BiS Minister Lord Younger to stay on until draft copyright exceptions had been published.

Vigorous activism by Quilty's team, including such proposals (PDF) as taking the UK out of the international copyright system entirely, prompted an All Party Parliamentary enquiry (PDF) into the conduct of the former patent office, now the Intellectual Property Office.

While ministers responsible for IP policy came and went - Quilty served under and advised five different ministers in two governments - Quilty's team set about implementing a radical copyright agenda covered extensively on this website (see links to the left).

Quilty had never worked with IP before, but took to the task of copyright reform with enthusiasm.

One of the first "big ideas" he supported was an idea to make copyright opt-in, creating a compulsory registration database of creative works - poems, photographs, news stories - so creators would have to register if they wanted to gain protection. Of course, under the Berne and WIPO Treaties copyright protection is automatic, and this breach of the treaties would prompt massive economic retaliation. Its backers later described the scheme as "voluntary".

Nevertheless the UK set about maximising every opportunity to dilute or abolish copyright protection - and has lobbied assiduously for similar changes at a European level, say sources. ("Influencing the global rights-granting agenda", is how the IPO's head John Alty describes this lobbying work) .

The justification advanced for such radical changes turned out to be flimsy, with the IPO conceding its own economic analysis was inaccurate: its original £7.9bn estimate of the overall benefit to the UK economy from the Hargreaves Review of IP was later cut. The IPO's economics attracted a highly critical investigation from Parliament's All Party IP Group chaired by John Whittingdale, and last year more criticism from a DCMS select committee enquiry into the creative industries, which advised the government to abandon the Hargreaves Review into IP. Much of the content of Hargreaves came from Quilty's team.

The IPO failed to pass orphan works legislation in the 2010 Digital Economy Act but succeeded in adding it to the bumper business bill passed last year - the so-called "Instagram Act" - although it now looks as if the UK will have two orphan works laws sitting side-by-side.

Yet perhaps the IPO's contribution to the ERR Act might be Quilty's lasting achievement. Sweeping changes to UK copyright law that affect significant economic sectors can now be passed by secondary legislation, by Statutory Instrument, without the full scrutiny of Parliament needed to amend primary legislation.

"In the copyright area, you're often talking about a cake which has to be divided up between people," Quilty told Parliament last year. "And the questions are just how big is the cake, who gets the biggest slice of it: do creators get a bigger slice, do consumers get a bigger slice?"

This is a profoundly conservative view of the world; like "zero growth". The thought of actually growing the pie so that members of future generations get paid for creating and selling their stuff didn't seem to be part of his thinking.

Free ebook for every reader: Unleash the power of your Apple fleet with Jamf

Promo Get ahead of the trend: Home is the new office