Cycles away from the biz he helmed for 15 years 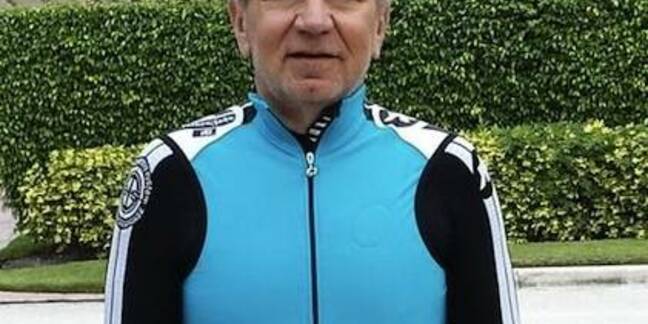 Lord Sugar has walked away from education tech supplier Viglen, which has inked a big channel merger deal with government reseller XMA.

An anonymous source, who works at the firm, told The Channel that it was the first official word Viglen employees had got about the deal.

"It has today been announced that Viglen Technology and XMA have merged. This merger will create a £200m turnover Company with aspirations to grow to £300m very quickly," Wragg said in an email seen by El Chan.

He added that chief exec Bordan Tkachuk had been kicked upstairs to the role of chairman of the newly-merged company, while Lee Hemani is to become Viglen's MD.

But there's no word yet on what this means for Viglen chairman, and regular Apprentice bully Claude Littner.

Wragg described the move as "business as usual", but did not immediately divulge details about what the takeover actually means for the firm's employees.

In November, a source told our editor that the nuts and bolts of the merger had already been thrashed out and that it was "effectively a done deal."

Sugar resigned as chairman of Viglen in July 2009, when suggestions first surfaced that the company would be bought following his exit from the PC builder - which sells its own brand of desktops, servers, storage to all levels of education, healthcare, emergency services and corporate punters.

It's taken nearly five years, but Sugar - who quit his first love Amstrad in 2008 - has finally, it would seem, given up on Viglen.

Neither Viglen nor XMA had responded to our request for comment at time of writing.

Sugar, meanwhile, tweeted a pic of himself in Florida dressed in a lurid cycling outfit on the day Viglen staffers learned of the deal. ®

Pansies here in Florida cos temp dropped to 45f they wont ride.I've my new Assos kit to keep me warm @YellowLimited pic.twitter.com/4nSI19447Y