You didn't think we'd let the West have all the fun, did you? 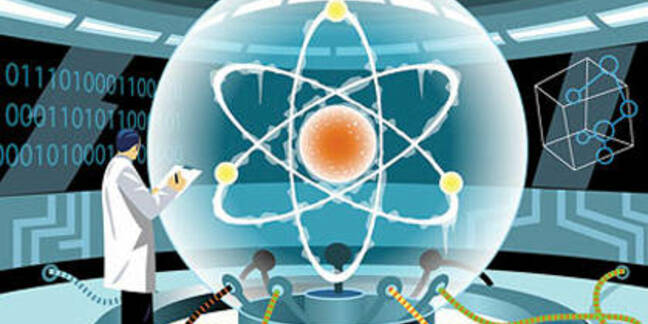 It’s not just the NSA that’s said to be working on a quantum computer – China is also pulling out all the stops to beat its arch rival with a crypto-cracking machine of its own.

The National Natural Science Foundation of China funded 90 quantum-based projects in 2013, with the order from Beijing to get the job done irrespective of the cost, according to South China Morning Post.

"The value of the quantum computer to the military and government is so great, its cost has never been considered," Zheziang university professor Wang Haohua told the paper.

"Many Chinese scientists abroad, such as myself, have been attracted by the rapid technological development in China and are returning home. We hope to help China catch up with the West. It is not impossible that we may even win the race in the future."

Once operational, the facility could generate a magnetic field in excess of 45 Tesla, creating a more stable environment for quantum research by increasing the distance between qubits, according to the report.

"Under super-strong magnetic fields, the distance between qubits can be increased, making our jobs easier,” project leader Chen Hongwei told the paper. "If qubits can be tamed this way, the first quantum computer may be born inside a magnet.”

The latest batch of Edward Snowden docs revealed last week that the NSA has budgeted $79.7m for the development of a quantum computer capable of cracking most kinds of encryption systems.

However its “Owning the Net” initiative apparently faces competition from rival projects in the EU and Switzerland, as well as China.

Even with the brightest minds on the planet and the unlimited resources of China working on the problem, it could still be decades before a working quantum computer is built, according to some experts. ®