Google stabs Wikipedia in the front

Is Knowledge Graph killing its readership ? 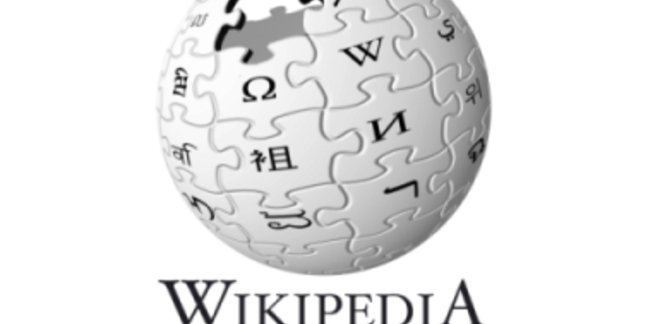 +Comment Anyone who doubts the impact of Google's power - it's currently the subject of an antitrust complaint to the European Commission by vertical search companies - needs to read this.

The complaints to the Competition Commission maintain that Google's arbitrary promotion of its own material harms the market. But in this case, the victim is not a price comparison site, but one of the world's biggest participatory projects and the web's most celebrated resources: Wikipedia.

Since mid-2012, Google has inserted into the primary basic search results pages what it grandly calls a "Knowledge Graph", a smattering of factoids and images (see Bootnote) it thinks correspond to the search query.

Google taps into several resources, the primary one being a collection Google acquired in 2010 called Freebase, which bills itself as "community-curated database of well-known people, places, and things". Google documents an API for third party developers.

It may be "community-curated", but it's Google-owned: Freebase was founded by MIT alumnus and AI expert Danny Hillis, co-founder of Thinking Machines, in 2005. In 2010, Google acquired the firm, which was then known as MetaWeb.

However, since Google rolled out Knowledge Graph, something interesting happened. Visits to Wikipedia had previously risen steadily year-on-year for a decade. Towards the end of the 2012 this trend not only stalled, but went into an unprecedented decline.

According to Wikipedia's own stats, the page views for English language Wikipedia pages fell by 21 per cent over 12 months to December 2013. For German, Spanish and Japanese language pages, views dropped by 30 per cent, 29 per cent and 25 per cent respectively. Taking into account mobile page views, the falls were 12 per cent (English), 17 per cent (German), 19 per cent (Spanish) and 9 per cent (Japanese).

The correspondence was highlighted by Gregory Kohs at Wikipediocracy, here - and Daily Dot investigates the decline in traffic, here. At the latter a Wikimedia spokesperson states that Wikipedia hasn't noticed a significant drop in search engine referrals. "We also have a continuing dialog with staff from Google working on the Knowledge Panel," they claim.

The Dot's choice of headline "Is Google accidentally killing Wikipedia?"

Google's honeymoon with content creators ended in 2003 when spammers and bloggers realised they could game the search engine's algorithms, creating a huge amount of HTML chaff that Google engineers had to cope with. Then, along came Wikipedia with its well-structured (if not always accurate) entries. Since most searchers only look as far as the first three entries, ensuring one of those top three search results was a Wikipedia links re-introduced some semblance of order into the anarchy. You could even argue, as some have, that Wikipedia "saved" the Google search engine. By way of thanks, Google has donated generously to the Wikipedia cause.

But the unpaid labour force at Wikipedia might do well to pay heed to the following cautionary tale about Google and its friends.

Google once championed the cause of "net neutrality" - but abandoned the neutrality crusaders as soon as it had built out the world's largest private network, one designed to carry Google's own video traffic.

The moral is: if you're a contributor to an "open" web resource, then beware: the hippy ethos simply marks you out as a mug. Unless you protect and license your work, you will be exploited by a powerful corporation. Because as the Scorpion said to the Frog, "It's in my nature - it's what I do"*. ®

*At least in the Carly Simon version of the tale. Which we consider definitive.

Incidentally, Knowledge Graph is already a part of an official complaint to the antitrust commish: by photographers. The snappers' group's gripe "addresses Google’s various unauthorised uses of third-party images", accusing it of diverting readers away from the image's owners displays of their product by serving it up on Google's own services. "Knowledge Graph" is explicitly mentioned in the Centre of the Picture Industry's complaint. CEPIC alleges that Google had been using third-party images without the consent of copyright-holders on the new question-and-answer service since it launched in mid-2013.