Plus puzzles and spells in The Room Two and Sorcery!

Game Theory Ah, the post-Christmas lull. The time of year to take time to reflect on the year just gone and plan for the one ahead. Traditionally, January is also a quiet month for the games industry, and this year’s new releases are similarly sparse.

Thank the god of apps then, that nowadays games come thick and fast down our internet pipes. And so, without further ado, we stay a night at The Room Two, head on out with The Walking Dead Season 2 and roll the dice with Steve Jackson’s Sorcery! Part 2, Kharé Cityport of Traps.

Like an infinitely more elaborate version of a Rubik’s Cube, the original Room, from Fireproof Games, proved to be a delightful puzzler. It rewarded the player’s well-pondered prodding of a series of sealed boxes with a sprung lock here and the discovery of a hidden switch there. 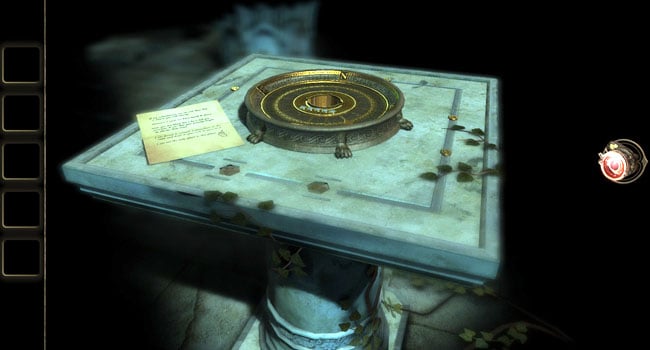 Point and it clicks

The Room Two continues the theme, but provides even more complex machinations to keep its mysteries locked up tight. Its stages – always based on a particular theme from mad scientist’s lab to séance – are now much larger and usually packed with numerous areas of interest rather than a solitary locked box.

Once again, the difficulty is set just right, being not so easy that you’ll fly through the game’s five main stages, but not so tough that you’ll need to resort to the hints option. Along the way, I met but two particularly teeth-gnashing puzzles that I solved as much by trial and error as by deduction.

I don’t know if that was the intended approach, but not once did I meet a room that I didn’t get a fuzzy warm feeling from after the successful unravelling of its secrets. The many eureka moments that come from discovering the way forward make for a constant stream of endorphins. 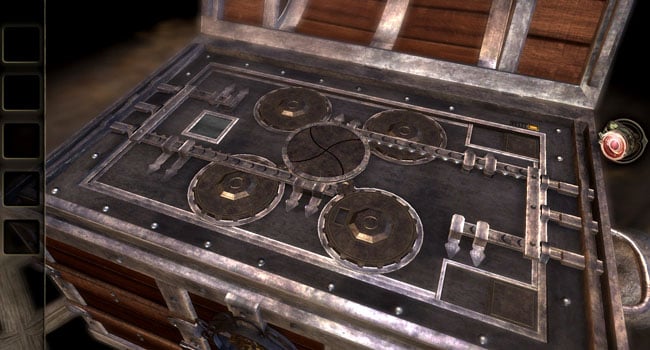 The general atmosphere is one of eerie unease, but the game does fall somewhat short in the plot stakes, however. A heavy Lovecraftian slant seems the right approach, but never does the narrative titillate to a similar level as the game’s "touch me, tease me" gameplay.

What story there is gets delivered once more through notes and letters discovered across the various venues. Most are too cryptic, however, to ever really provoke any real interest beyond an initial feeling of "well, what do we have here then?"

For me that’s a real shame, as a plot to match the gameplay would have been the final piece in the jigsaw on the path to game being recognised as the classic it deserves to be. Regardless, the iOS-based Room Two is well worth checking into – it’s a mere £2.99. And if you’re lucky enough to have missed out on its predecessor too then be sure to pick them both up. 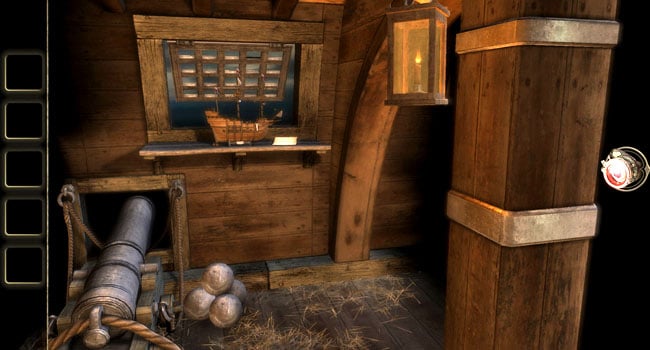 Lost in the Myst?

If I was a traveller I think I might give Kharé, a town that’s known colloquially as the "Cityport of Traps", a wide berth. I guess I know nothing though, because that’s precisely where our intrepid hero heads in this new chapter of Sorcery! 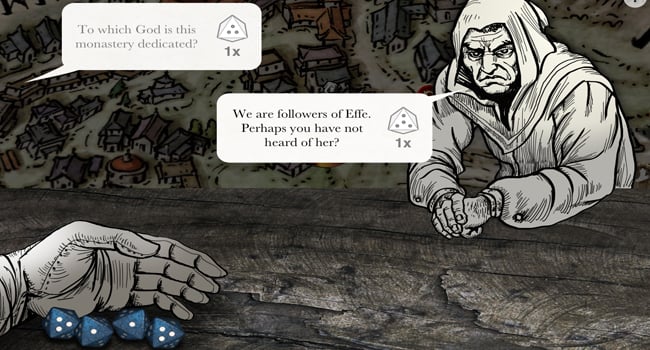 Once more based on Steve Jackson’s choose-your-own-adventure book, this is a completely standalone iOS edition that works independently of Sorcery! Part 1, The Shamutanti Hills. However, those who did venture through that initial entry can import their character – so transferring any rations, gold and magical items that they might have amassed.

It’s also worth pointing out that Sorcery! Part 1 has also recently been rather drastically patched, with its developer, Inkle, keen to implement a new spell casting system, additional hero - you can now play as a lady adventurer, don't you know? - and a myriad minor fixes that makes this second part all the better.

Once again the game is part ebook, part RPG and unfolds in the order you see fit as its branched paths diverge. And, better yet, where the previous adventure simply halted at its end - so leaving multiple jaunts up to the player - here your venture through Kharé lends itself to repeat run-throughs by virtue of the plot, therefore increasing the completion time considerably. 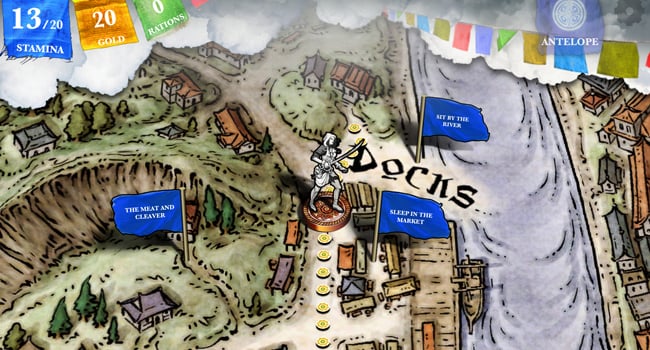 The fantasy plot won’t be winning any awards for originality, but there’s enough imagination on display throughout to make every line worth reading. Especially given the fact your life depends on the deciphering of a number of clues. What more did you expect from the Cityport of Traps?