Rap for KitKat in crap app wrap trap flap: Android 4.4 is 'meant to work like that'

Even Notepad can manage text reflow

Google has rebuffed users and devs calling on the internet king to reinstate text wrapping, broken and replaced in Android 4.4 aka KitKat.

The problem is that text displayed by web browsers using the WebView component isn't automatically laid out to fit on the screen of devices running the mobile OS, forcing users to zoom out squint at tiny letters or scroll from side-to-side to read the words in full.

The issue came to light in November 2013, in this thread over at code.google.com. User Anthony (the rest of his details are sensibly obfuscated by the forum) puts it simply: “There is no way to make web pages in Android WebView wrap text properly as there was in all previous versions of WebView.”

As a result, on many sites, the user has an unenviable choice to make: “With wide viewport [on], user must scroll side-to-side to read content. With wide viewport [off], page renders badly and often makes content unreadable. Workaround is for user to physically change orientation of screen to landscape and hope that screen is wide enough that hidden content is given enough of a place to render.” 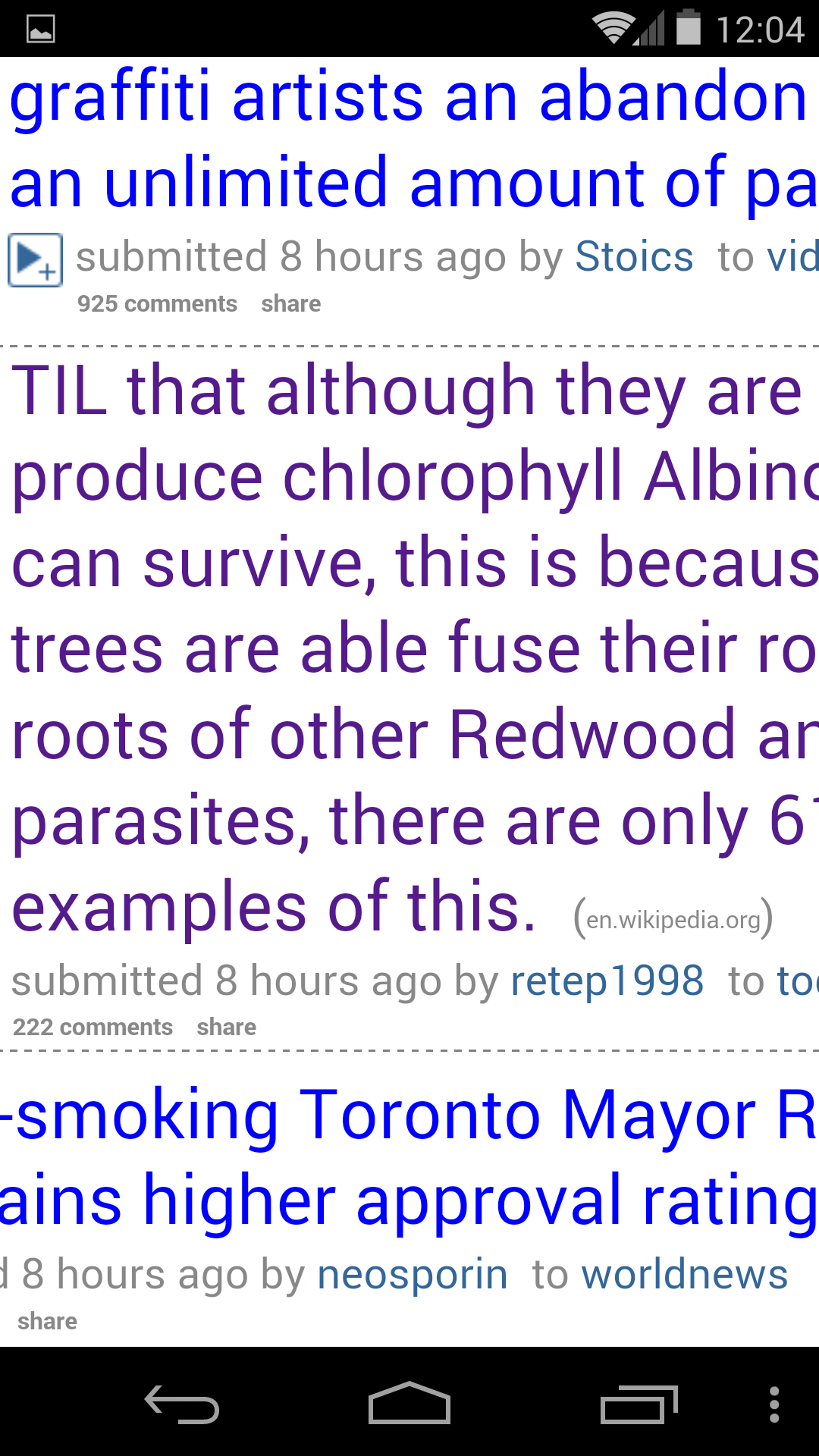 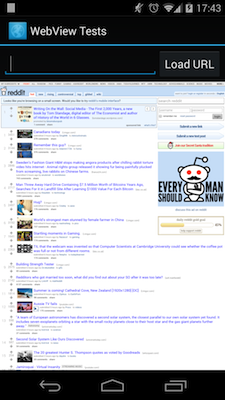 Google seems irrevocably committed to the change that broke text wrapping – the deprecation of NARROW_COLUMNS and SINGLE_COLUMN layout options in KitKat.

Responses from the web advertising giant on the forum thread are straightforward: since its Android OS engineers deprecated those layout options, there is no issue. KitKat is working-as-intended, so there's nothing to fix. Google says devs need to use the new setUseWideViewPort(true) and setLoadWithOverviewMode(true) options, and in its support, it posted the above image of Reddit.

As well as browsers, devs are also complaining that the lack of text wrapping is hurting other apps such as HTML-based e-book readers.

Some of the developers in the discussion say that text reflow still works on the Opera browser, but The Register has not attempted a KitKat-plus-Opera install as a test. ®