Tales from an expert witness: Prior art and patent trolls

Where ideas, inventions and opportunists collide

John Watkinson is an expert witness and on many occasions has had to deal with patent litigation. Here he describes the application of ideas in the art of invention both historically and currently from Galileo to patent trolls.

A patent is a form of contract between society and the inventor that benefits both. In return for making the details of his invention public, the inventor is given protection for a specific time period in which he can exploit his invention. After that period has elapsed, the rest of society can do with it as it wishes.

This being so, the inventor’s life should be a piece of cake. You invent something and patent it, and the world beats a path to your door in order to benefit from your invention. You become rich. And pigs can fly.

The real world is, unfortunately, a hostile place for an inventor. The mistake inventors make is to seek to cause change – and that goes down badly in a world that runs on dogma, conservatism and tradition. It is instructive to consider the experience of Galileo Galilei, who may not have invented the telescope, but who was definitely the first to make it work properly. 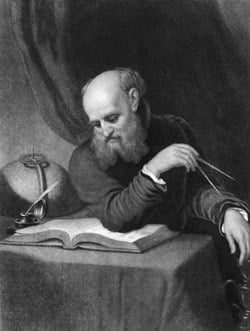 Using a telescope can result in house arrest

Having discovered, using his telescope, that the Earth went round the Sun and not vice versa, he was declared a heretic by the Catholic Church and spent the rest of his life under house arrest. It is not possible for science, discovery or invention to take place in a society that already has the answers and enforces them with fear.

Thus it was that the industrial revolution, which ought to have grown out of the developments in renaissance Florence, actually began in England, not least because Henry VIII had earlier decided that he, and not the Pope, was in charge, thereby making science and debate possible and replacing inquisition with invention. The world’s strongest industrial nation, the United States, has probably reached that position because its constitution separates the state from churches.

Although it grew from invention, today’s industry is no longer inventive. It is a highly conservative money making machine which has all the answers and enforces them with advertising and marketing. Inventions are a threat to business as usual, and represent a risk. The same can be said for organisations such as the armed forces, where orders are orders and nothing is to be questioned.

It should therefore be no surprise that the odds are stacked against the inventor. The evidence is all around. When Charles Parsons invented the steam turbine engine, he got a luke-warm response until he famously ripped up the naval review at Spithead in 1897 with a turbine powered ship that nothing in the Royal Navy - or in the world, for that matter - could match for speed.

The Wright brothers received the same disinterest from the military when they developed powered flight. In the end they too resorted to a publicity stunt, flour-bombing a U.S. Naval vessel from one of their planes.

Jean Bertin was the French equivalent of Sir Christopher Cockerell, both of whom worked extensively to develop the hovercraft. Bertin lent a sophisticated, fully functional gas turbine-powered example to the French military, who graciously handed it back saying they could not think of a use for it. 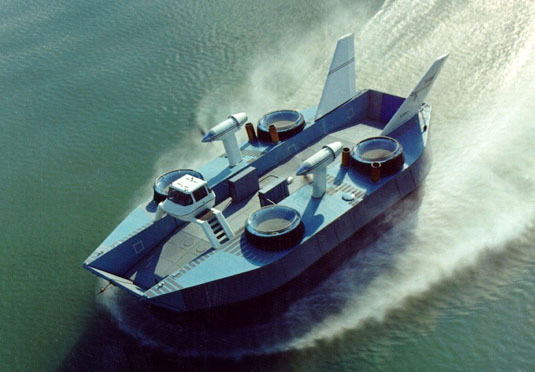 James Dyson famously adapted the cyclonic dust separation principle used in helicopters and saw mills to make a domestic vacuum cleaner that needed no dust bag. His development was viewed as a threat to the huge annual turnover in vacuum cleaner bags and he was told where to go. As usual for inventors, he had to set up his own company.

In an ideal world, no patent would be granted that didn’t deserve it and no application that was truly inventive would be rejected. No patent application would be held captive by a patent agency constantly coming up with new objections for a decade. No patent application would seek protection far beyond the scope of the invention. Equally, no-one would violate the protection given by a patent and no-one would claim his patent was being violated when it wasn’t. Unfortunately that is not how the real world operates.

Industry adopts several approaches to patents. One is to wait until the patent expires and then market product based on it. Another is to develop something that offers some of the benefits of the patent but which is sufficiently different in detail that it doesn’t infringe. Another approach, if the inventor has limited funding, is to simply steal the intellectual property on the basis that the inventor won’t be able to afford to litigate. 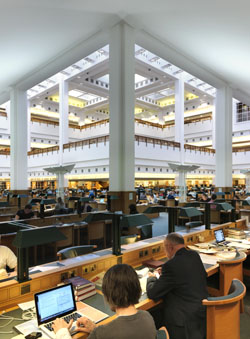 Getting it right sees many a day consumed by research
Source: British Library, photo by Paul Grundy

So it is the way the real world operates that results in intellectual property litigation. In dealing with such problems, inventors, patent agents and lawyers frequently turn to experts. One of the reasons they need to do that is that patents are supposedly addressed to a hypothetical being who is known as “the man ordinarily skilled in the art”.

On the one hand this being is supposed to keep himself abreast of the technology such that he knows everything that has been disclosed on the subject right up until the date of the patent application. On the other hand, he is incapable of taking an inventive step to derive something that the patent fails to explain, but he is capable of seeing that something claimed in a patent is obvious from what he already knew.

I have had to put myself in the place of this poor chap on a great many occasions, and he is a bit of a chameleon, because what he knows depends on the field he is in and on the date when he was supposed to know it.

I didn’t set out to work in intellectual property, but I was unwise enough to write some books on advanced technologies which brought me to the attention of the intellectual property profession. I have to say that by and large I enjoy the work. Sometimes it’s difficult, but all the easy jobs are over subscribed and we have to manage on what is left.

Popular wisdom has it that Sony invented the Walkman, because the story is told in Sony co-founder Akio Morita’s autobiography. What is less well known is that Andreas Pavel, who actually invented it, had to wait until Morita died before he could safely say that Morita's story was economical with the truth. Pavel was one of the lucky ones who won in the end.

For every Pavel there are scores who were simply crushed and gave up. I was involved with that case as Pavel’s expert in the UK litigation, which served to illustrate that patent actions can have a serious side and an amusing side. During the case, the premises of Pavel’s patent agent were burgled and some of his prototypes were taken. Pavel’s patent showed a miniature tape player worn on a belt. Sony’s counsel started referring to Pavel’s invention as “the Batbelt”. I still kick myself regularly for not pointing out to the court that Sony’s counsel was called Robin. 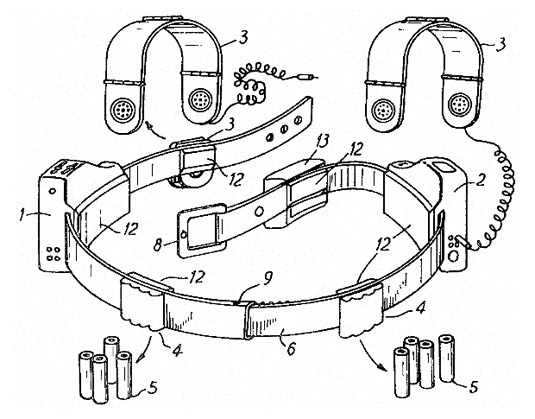 Everything that might loosely be construed as a belt came up in cross examination, which was about as aggressive as it gets. I was actually asked under oath if I would consider wearing a conveyor belt. I think I said something about not being responsible for today’s fashion tastes. I was beginning to lose the will to live when I was asked if I knew what a baldric was. My first reply that it was a character in a television program caused a titter to run round the court that was not very muffled. My second reply said was that it was an item of apparel a bit like a cummerbund.

The court was invited to look up the definition of a baldric in a dictionary. Dictionaries were solemnly produced and His Honour and I began to turn the pages, with myself graciously lagging. His Honour turned to me and said “Mr. Watkinson, I think you will find it next to balderdash”.