Hackers have defaced more than 3,000 .me websites in a web graffiti attack carried out on Sunday.

Pakistani defacement crew TeaM MaDLeeTs pulled off the attack after breaking into the systems of domain.ME, the organisation responsible for the registration of Montenegro (.me) domain names.

Surfers visiting any one of 3,110 compromised sites were redirected to a defacement page in the aftermath of the attack. The site featured boasts about the hack and greetings to other hacking crews, as is typical of this type of attack.

Domain.ME restored the affected websites shortly after the attack, which was more than a nuisance than a cause for any serious concern for "victims". Most of the affected domains appears to be parked sites that aren't being actively used which happened to be sitting on a compromised Linux server.

El Reg invited both the attackers and the domain registrar to comment on the incident but has yet to receive any reply. The defacements were grouped together are recorded by defacement archive zone-h.org here. (Example defacements are reproduced here and in the screen grab below. 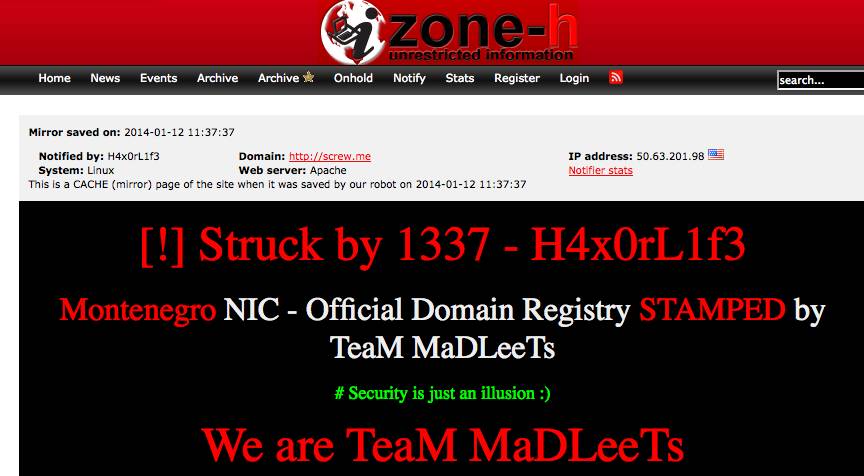 Some .me domains attract a great deal of traffic, for example free-tv-video-online.me, which is among the web's top 1,000 websites, according to stats from DomainTyper. It doesn't appear that well-trafficked websites were affected. ®