Microsoft buries Sinofsky Era... then jumps on the coffin lid

'Windows 9' will wipe the slate clean

+Comment The path to redemption in 2014 lies not through baptism, but blogging. Former Merrill Lynch dotcom analyst Henry "what a POS*" Blodget agreed to a lifetime ban from the finance industry – but bounced back with a blog. And perhaps one-man wrecking crew Steve Sinofsky, former President of the Windows Division at Microsoft, can likewise hope for the same renewed popularity as a "thinkfluencer".

Sinofsky now blogs at a site he calls “Learning by Shipping” (no, really) where you can find a vast, rambling post titled “Four Stages of Disruption”. Sorry to disappoint you, but the final two stages of disruption are not, as it happens, “Send Sales Of Your Most Important Product Down The Tank”, and “Quit.”

With the upcoming unveiling of an entirely new Windows iteration, "Threshold", in April, Microsoft is showing the Sinofsky era to be well and truly over. It seems Redmond’s corporate PR team wants everyone to know that it’s burying Sinofsky’s legacy – not just tech pubs – tipping the wink to TV news editors and business reporters. It mirrors Microsoft’s retreat from Vista.

Sinofsky’s Windows gambit deliberately imposed lots of short-term pain on users, as they were thrust into an unfamiliar touchscreen interface, whether they wanted one or not, or had a touchscreen or not.

And most didn’t. This translated into a considerable and unnecessary expense for enterprises. Almost two years ago, enterprises were telling Microsoft they would skip this particular crank of the Windows release cycle. Many assumed Microsoft was bluffing, and would pull back from imposing such a major, er, "disruption" upon users. Microsoft responded that it was deadly serious – and went ahead anyway. 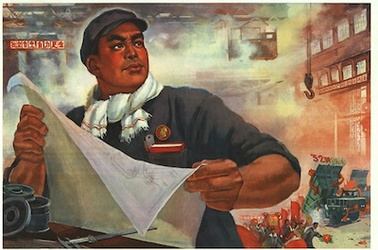 The Sinofsky Era: a revolutionary time!

Sinofsky’s logic was that this would brute-force an app ecosystem into existence, and so keep the PC viable as a consumer choice in a world where tablets and connected TVs and games consoles could do lots of nice and useful things. The problem was the execution: the three versions of Metro (or "Modern") apps for Windows 8 desktop, RT and Windows Phone may have looked similar, but they had three different APIs.

Even today the RT application store is a sad and desolate place – if you blind-tested it on a user alongside BlackBerry’s store for its defunct PlayBook, you wouldn’t be able to tell much difference.

This strategy proved catastrophic not just for Windows sales but for the PC industry. Far from rescuing the industry, Sinofsky has helped accelerate its decline as the "disruption" caused by Windows 8 hit sales of PCs across the board. OEMs' bread-and-butter revenue continues to be Windows 7.

Today, reportedly, Windows 8.1 runs on just 25 million desktops. Those who cleaved most closely to the Sinofsky master plan got most badly burned. Asus, Toshiba and Dell all launched under-powered RT tablets which flopped badly. And those PC makers with the most wiggle room, who allowed themselves to ship with Windows 7 – like Lenovo – prospered. IDC predicts 34 million fewer PCs will be sold this year.

Sinofsky was supposed to arrest the PC’s slide into obsolescence, not accelerate it. And Microsoft is nowhere in the tablet space, which has become sharply bifurcated into low-cost commodity tablets such Amazon's Kindle and Tesco's Hudl – subsidised shopping tills – and Apple, which charges no less than £319 for its very modest Mini and £739 for a fully-specced Air.

It could have gone a different way

In a way it’s a pity. Microsoft’s complacent bureaucracy had grown very comfortable thanks to its near-monopoly on biz software with Office and Windows. It needed a rampaging bull to inject a sense of urgency. And while it isn’t fashionable to credit Ballmer with good management, he gave Sinofsky a lot of freedom. Rather too much, as it turned out.

And it’s also fair to say the decline of the PC market isn’t entirely Sinofsky’s fault. As HP’s Eric Cador pointed out, the OEMs were not innovating. They were risk-averse and feared risking new form factors. But Microsoft didn’t exactly help – it has never had a Special Projects team that helped PC makers experiment with Windows and experiment on the market. It instead opted for a Big Bang.

Senior Microsoft executives like 19-year veteran chief experience officer J Allard and chief software architect Ray Ozzie left as the raging bull rampaged on – along with many more junior cadres. But it wasn’t the bruised egos that mattered in the end, but rather the fact that Windows 8 was allowed to launch with three radically different APIs and no plan on unifying them. Nobody on the executive committee appeared to notice this.

With the benefit of hindsight we can now see that Sinofsky’s burn-all-boats urgency wasn’t in fact required – there was no need for Microsoft to "learn by shipping". It would have "learned" a lot more by "not shipping" – or even "learned by listening".

So the Sinofsky vision now looks like an evolutionary dead end. What takes its place? Fixing the desktop Windows is still only half the picture – Microsoft still needs a good mobile phone/tablet story. The current strategy for mobile devices is to gradually bring RT and Windows Phone to a common API and binary compatibility – just not overnight.

It's modern practice only to apologise only for things you had nothing to with. Still, some reflection from the Great Thinkfluencer himself on his legacy would be an interesting read. ®

* From the famous email that showed up in evidence amongst other private internal emails by Merill Lynchers (all purportedly at odds with what the analysts were telling the market). For those who don't remember, the Securities and Exchange Commission accused the former star dotcom-era Merill Lyncher of providing analysis that was apparently in conflict with his private views: stocks called a “P(iece) o(f) S(hit)” in his private emails were lauded as “accumulate”-able in his research notes.

Blodget never admitted guilt but did settle with the SEC, accepting a permanent ban from the securities industry and coughing up a $4m fine. He went on to run popular biz and tech website Business Insider.