Decent results too, with 43m subscribers. But pride does come before a fall 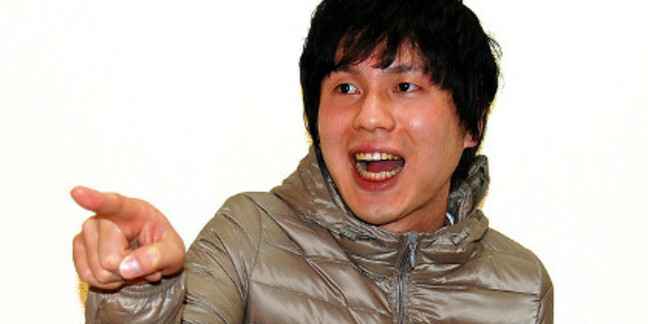 Over-the-top video streamer Netflix finished the year with over 43 million subscribers, almost all of whom pay, the company reported yesterday.

Netflix recorded revenue of $1.1bn in Q4 2013, including its legacy DVD-by-post business, and a slender net income of $48m. It's still going for growth, though, with 10.93 million punters outside the USA, and launched into Scandinavia and Holland late last year.

The company announced it will raise $400m of debt this year, bringing its total debt to $900m.

Netflix likes to compare itself to HBO, which it has overtaken in subscriber numbers (but not value) – and it likes to wind up the network, too. After HBO's CEO Richard Plepler described password-sharing as a “terrific marketing vehicle for the next generation of viewers", Netflix CEO Reed Hastings responded with a jibe at the earnings call.

"So I guess Plepler ... doesn't mind me then sharing his [Netflix] account information. So it's [email protected] and his password is 'netflix bitch'," he joked.

But Netflix has had it pretty easy so far. It's made large back catalogues of other people's TV shows cheaply available. If it wants to be as ubiquitous as cable, it needs to invest in original shows, too.

It has started to do so, with its remake of House of Cards, the original Orange is the New Black and Lilyhammer, a fairly gentle comedy in which musician Steve van Zandt takes his Silvio Dante-alike mobster to Norway. But these are safe, focus-grouped choices and if it wants to earn the same loyalty as HBO, AMC and Showtime, it needs a range of original programming like The Sopranos, which is expensive and risky. (Netflix has also saved money by piggy-backing onto Amazon's Web Services. Amazon owns Netflix rival LoveFilm)

Eventually the headline-grabbing hand-waving mantra of "we're disrupting your industry" stops, and they have to start pleasing punters. At which point they're in the same business as every other incumbent.

Hastings also warned ISPs not to be tempted to impose a surcharge for carrying Netflix or degrade the service - a reminder of where the power lies in the so-called "net neutrality" narrative. Netflix alone now accounts for a third of peak-time internet traffic in the USA.

So often portrayed as vulnerable weaklings in the "net neutrality" narrative, it's actually Google and Netflix who wield the bully whip. In fact, should Google decide to withdraw its edge servers from an ISPs facilities, the ISP becomes "the one that doesn't do YouTube", and hence very unattractive indeed. With 89 per cent of Americans having a choice of two broadband suppliers, they only need to threaten to exercise that choice to pose a mortal threat to the biggest ISPs.

Hi, Google Duplex here, trying to book a haircut for a socially inept human. Sorry, 'COVID-19'?... DOES NOT COMPUTE

BT and EE take it all the way to the top

Time for those geniuses to earn that job title