Apple: That 'white screen of death' nightmare? We'll fix it... AT SOME POINT

We're working on it, moans Cupertino 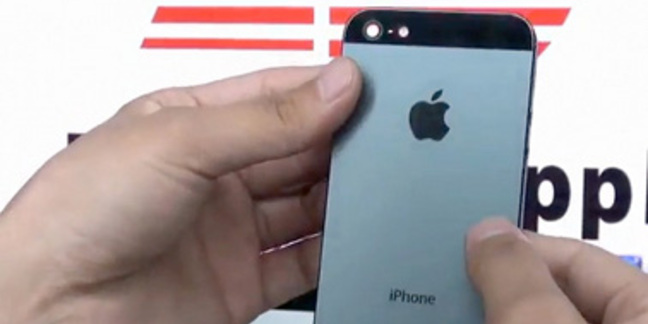 Apple has promised to fix the dreaded "white screen of death" bug that has caused much wailing and gnashing of teeth after causing fanbois' phones to crash.

Ever since the release of the fruity firm's last mobiles, the iPhone 5C and 5S, the Apple forum has filled up with angry fanbois complaining that their mobes "randomly shut off".

Will it fix it in iOS7.1? It's anybody's guess... Cupertino has said the issue will be resolved in an "upcoming" update.

"We have a fix in an upcoming software update for a bug that can occasionally cause a home screen crash," said Apple spokesperson Trudy Muller.

According to reporters from the online chattering classes, the glitch appears to affect phones when they start to run out of power.

Fanbois on the forum reacted positively to Apple's announcement.

"This is great news because I've been shocked how often these reboots/crashes have been occurring since moving to iOS7 last Autumn," one fanboi wrote.

However, he questioned claims that crashes happen when power is low.

"Although I am not sure it is related to Power Levels, because generally I have my iPad charged to a decent level (>75%) and the reboots/crashes still happen." ®