Sorry about the trademark, Rupert, let's just carry on 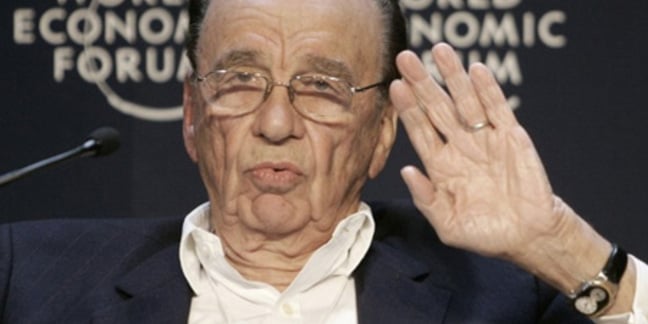 After six months of deliberation, Microsoft has announced the new name for its trademark-disputed SkyDrive cloud storage service: OneDrive.

The SkyDrive brand, which has been a cornerstone of Microsoft's latest Windows marketing, was called into dispute in 2011 when British Sky Broadcasting Group – the European satellite broadcasting arm of Rupert Murdoch's media empire – claimed that it violated BSkyB's trademark for internet storage services.

A judge ruled in BSkyB's favor last year, clearing the way for a name change. But according to a blog post by Microsoft's Ryan Gavin, the new name isn't just about settling a lawsuit – it's to "convey the value we can deliver for you and best represents our vision for the future."

Gavin's comments came in the inaugural post to the newly renamed OneDrive Blog, which has so far been stocked with posts extolling the virtues of the erstwhile SkyDrive.

This is the second time Microsoft has been forced to change its branding for one of its latest Windows features. In 2012, the software giant announced that it would no longer use the name "Metro" to describe Windows 8's new, touch-centric UI mode – allegedly because of another trademark dispute – and it has never bothered to come up with a replacement term.

But while Redmond's cloudy file storage will be known as OneDrive from now on, neither consumers nor business users of the former SkyDrive service should worry about the branding change, Gavin said.

"For current users of either SkyDrive or SkyDrive Pro, you're all set," he wrote. "The service will continue to operate as you expect and all of your content will be available on OneDrive and OneDrive for Business respectively as the new name is rolled out across the portfolio." ®